The cognitively challenged Sen. Rand Paul wants truck convoys to disrupt the Superbowl and then head for D.C. He wants the trucks to “clog things up,” he said.

Yeah, Rand, so do I. They should be as obnoxious as they can. I want lots of videos of trucks helching out exhaust and of angry people unable to get to work or school or the hospital. That’s the ticket. Just the thing to make Americans sick to death of right-wing assholes, assuming they aren’t already.

Zack Beauchamp writes at Vox that the Freedom Convoys in Canada aren’t a people’s revolt. It’s just some fringe losers protesting their impotence.

News coverage of the convoy, especially from sympathetic anchors on Fox News, may lead Americans to believe that Canada is in the midst of a far-right popular uprising. In reality, the mainstream consensus in Canada about Covid-19, and the nation’s institutions in general, is holding. The so-called trucker movement is on the fringe, including among Canadian truckers — some 90 percent of whom are vaccinated.

They are angry because they have lost.

However, the convoys are getting lots of money and attention, and they are providing a focal point for far-right organizing. Canada’s relatively weak extreme Right could start being a bigger factor, even if they are unpopular.

And this happened, which really sucks —

“They were coming in from the United States,” Ottawa police chief Peter Sloly said in a news conference Thursday.

“Not exclusively, but significantly from United States addresses.”

Josh Marshall points to a Canadian blog, which reports,

What’s happening in Ottawa, they were clear, is two separate events happening in tandem: there is a broadly non-violent (to date) group of Canadians with assorted COVID-related gripes, ranging from the somewhat justified to totally frickin’ insane. But that larger group, which has knocked Ottawa and too many of our leaders into what my colleague Jen Gerson so perfectly described as “stun-fucked stasis,” is now providing a kind of (mostly) unwitting cover to a cadre of seasoned street brawlers whose primary goal is to further erode the legitimacy of the state — not just the city of Ottawa, or Ontario or Canada, but of democracies generally.

There are reports the Canadian police are clearing trucks away from the Ambassador Bridge into the U.S. right now, but I have no sense of how that’s going. Update: The bridge is still clogged as of late this afternoon. They’re going to have to call out troops, I’m afraid. This is not something police can handle, I don’t think.

One thing that becomes clear reading this is that the important stuff happened before the authorities in Ottawa even knew what was happening. And then it was too late. Once you have an organized, fortified encampment of far-right agitators you can’t just dismantle that without the potential or maybe certainty of a lot of violence. I really hope U.S. authorities are watching this closely to prevent things like this from happening on the U.S. side of the border. At the beginning you can deal with it in a pretty straightforward way. If you let it get out of control, as they did in Ottawa, the options become really bad.

Maybe between this and January 6 they’ve learned a couple of lessons. Like, take threats from right-wing white dudes seriously.

On to Toiletgate. Do see 15 boxes: Inside the long, strange trip of Trump’s classified records at WaPo (subscription firewall should be down). Important takeaways:

One, “Trump was noticeably secretive about the packing process, and top aides and longtime administrative staffers did not see the contents, the people said.” So Trump is the only one who knows what documents were packed.

Two, the National Archives started asking about missing documents in the summer of 2021. “But it was not until the end of the year that the boxes were finally readied for collection, according to two people familiar with the logistics, one of whom described the ordeal as ‘a bit of a process.'” Trump had plenty of time to go through the documents and destroy those he REALLY doesn’t want anyone to know about. So a surprise raid with a search warrant might do no good, although I’d like to see it tried anyway. It’s possible there’s juicy stuff he didn’t try to flush.

Three, understandably, there are all kinds of security protocols that are supposed to be followed when classified documents are moved, but none of those were followed in Trump’s case. 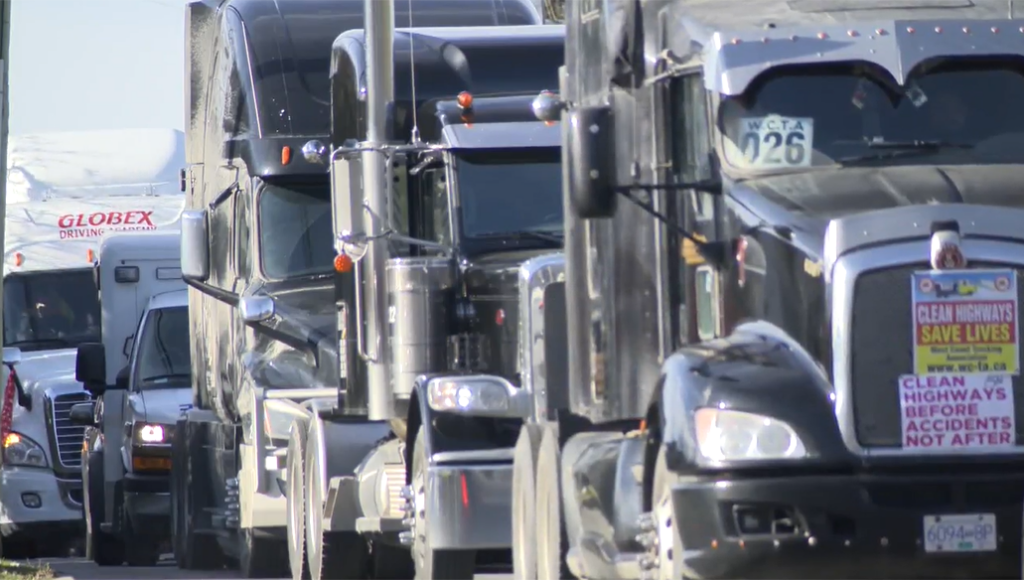 8 thoughts on “Rand Paul Wants Trucks to “Clog Things Up””