There’s probably no easier way to make money than to be a close relative of a high elected official. We don’t have to dig back that far for examples. Before he went into politics, George W. Bush dabbled in the oil business, and failed, but he kept failing upward because his daddy was President of the United States. The name “George Bush” was worth something on a letterhead, even if Bush himself wasn’t much to brag about. So the boy stumbled and failed upward into cushier positions and bigger money. “Whenever he’s struck a dry hole, someone has always been willing to fill it with money for him,” it says here. He’s remembered by one executive who gave him a high-level position that he added “no value” to the company but was good for telling dirty jokes at board meetings.

I wrote about Hunter Biden and his Ukraine job back in 2019, before the infamous “I would like you to do us a favor” phone call between Donald Trump and Volodymyr Zelensky. And before Hunter Biden’s laptop became the Great White Whale of right-wing politics. Like George W. Bush before him, Hunter Biden was paid outrageous amounts of money so that the Ukrainian natural gas company Burisma could put the name “Biden” on its letterhead. What Hunter actually did in the job, I do not know.

At one point, you might remember, the job of Vice President Joe Biden and Hunter Biden’s Burisma gig came within a degree of separation. The European Union and the United States came to the conclusion that Ukraine’s prosecutor general, Viktor Shokin, was corrupt and needed to go. Vice President Biden was sent to Ukraine to deliver the message “that the West wanted Shokin gone or else loan guarantees would be held up, and Shokin was, in turn, fired,” it says here.

“But Shokin, of course, didn’t want to go down on the theory that he was corrupt or incompetent,” the Vox article continues. “So he started offering another theory: he was fired for going after Burisma by Joe Biden operating on behalf of Hunter Biden.” Whether firing Shokin made any difference to Burisma isn’t clear; stories conflict. But this is how Hunter Biden got on Trump’s radar, and how the name “Hunter Biden” became fixed in right-wing mythology, right up there with “Hillary Clinton” and “George Soros.” Merely to say a name is to evoke unspeakable evil; no evidence or even a coherent story of what the evil is need be given.

But now we get to Jared Kushner and the $2 billion payment from Saudi Prince Mohammed bin Salman that I mentioned in the last post.

Kushner is a guy so good at failing up he makes George W. Bush look like an amateur. I have looked at Kushner’s career and have yet to find an example of him not screwing up, even when he made money. He turned the once-hip New York Observer into an advertising circular for the Upper East Side, for example. (See also I worked for Jared Kushner. He’s the wrong businessman to reinvent government.) He nearly destroyed the family real estate business by sinking $1.8 billion into the purchase of 666 Fifth Avenue, the Titanic of white elephants, right before the 2008 financial sector meltdown. There is copious evidence that U.S. foreign policy was manipulated to put pressure on Qatar investors to bail out Kushner and take the building off his hands.

In the Trump Administration, he was given a huge portfolio of tasks, of which he accomplished nothing measurable that I can see. The Middle East peace plan? Seriously? The archive of articles about how Jared screwed up the covid response could fill libraries. See, for example, How Jared Kushner’s Secret Testing Plan “Went Poof Into Thin Air” in Vanity Fair. Jared’s efforts to obtain ventilators and other covid medical supplies in 2020 were a master class in incompetence, if not worse. See, for example, How Kushner’s Volunteer Force Led a Fumbling Hunt for Medical Supplies. I still think Jared and other Trumps were engaged in profiteering when people’s lives were on the line.

So Jared is, basically, a walking screw-up who has never had to face the consequences of his own incompetence. In that, he’s a lot like his father in law.

No reasonable person expects Jared’s new private equity firm to be a roaring success. MBS’s financial advisers thought Kushner’s firm to be a joke. Some of the $2 billion is being held until Kushner hires a “qualified investment team,” which apparently Kushner hadn’t thought of before asking for investments. And by all accounts the Saudi investment is about all the money Jared’s start-up can boast. But MBS must think the money is a good investment. Especially when there’s a chance Donald will be elected to another term. See:

Will Bunch, Philadelphia Inquirer, Did Jared Kushner just get a $2 billion bribe?

As unfair as it might be, there is nothing illegal about a company giving a big job to the unqualified child of a president or vice president, just so a name will be associated with the company. On its face there’s nothing illegal about Mohammed bin Salman giving Jared Kushner’s firm $2 billion. But I really don’t want to hear another word about the damn laptop. The Right won’t shut up about it, of course. They are certain that, somehow, some terrible thing will be found on it that will snag President Biden as well. It hasn’t been found yet, even though the contents of the laptop have been meddled with by many right-wing hands already. But it must be there. Meanwhile, MSB’s $2 billion are not a problem. Right. 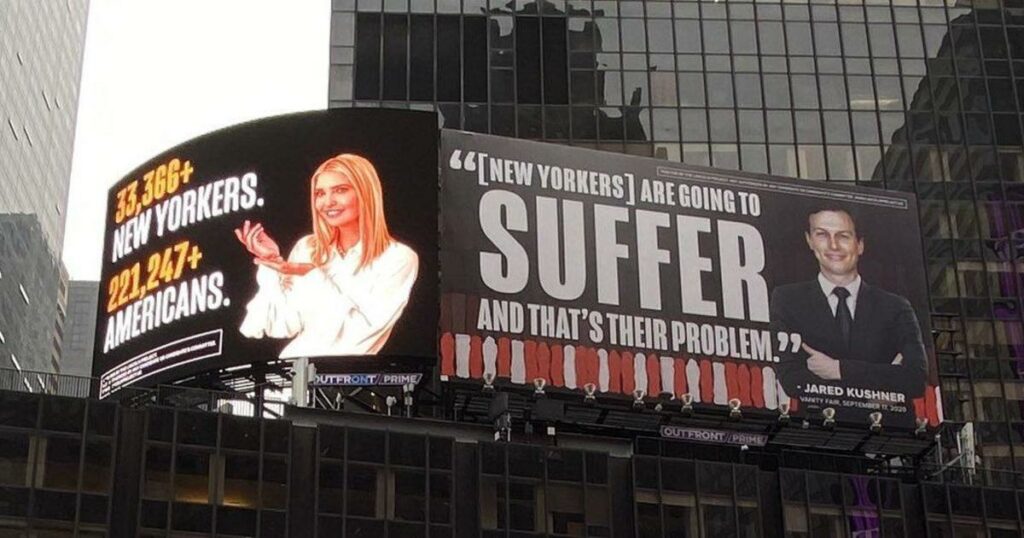