I am just now learning that on Thursday the Supreme Court issued a ruling that limits Miranda rights. Thursday was the same day they struck down New York’s concealed carry law, which of course got all the headlines. In a normal world, however, a change to Miranda would have been huge news.

The Miranda case was Vega v. Tekoh. The decision did not eliminate the Miranda rule outright, but it seems to me that it does eliminate it in effect. As Justice Kagan explained in her dissent, defendants now have no way to seek remedy if an un-Mirandized statement is used against them in court. Law enforcement cannot be sued for failing to respect Miranda. A court still is not supposed to use a statement obtained by abuse of the defendant without a lawyer present, but if it does, well, tough.

“Today, the Court strips individuals of the ability to seek a remedy for violations of the right recognized in Miranda. The majority observes that defendants may still seek ‘the suppression at trial of statements obtained’ in violation of Miranda’s procedures. But sometimes, such a statement will not be suppressed. And sometimes, as a result, a defendant will be wrongly convicted and spend years in prison. He may succeed, on appeal or in habeas, in getting the conviction reversed. But then, what remedy does he have for all the harm he has suffered? The point of § 1983 is to provide such redress—because a remedy ‘is a vital component of any scheme for vindicating cherished constitutional guarantees.’ The majority here, as elsewhere, injures the right by denying the remedy.”

I’m guessing that stripping Miranda of teeth is something from the Federalist Society’s wish list.

Still to come: In a decision that could be issued this coming week, SCOTUS is expected to put limits on the ability of the EPA to limit carbon emissions at power plants. And that’s possibly not all.

Legal experts are waiting to see if the ruling in West Virginia v. EPA begins to chip away at the ability of federal agencies — all of them, not just EPA — to write and enforce regulations. It would foreshadow a power shift with profound consequences, not just for climate policy but virtually everything the executive branch does, from directing air traffic to protecting investors.

Imagine. The SCOTUS would be weakening government from doing much of anything that protects citizens. It’s as if we are not supposed to be able to govern ourselves. We’re living in an imperium per iudices, I tell you.

Back in 2010 I wrote a post titled Constitutional Trial and Error that argued for a living Constitution, not a dead one. The Founding Fathers gave us an outline of government that succeeding generations could apply to their own circumstances to govern themselves, I said. And making the Constitution work in the real world involved a lot of trial and error even in the early years of our republic, when the guys who wrote it were still alive. The Constitution didn’t explicitly give government power to do a lot of things it does now, like build highways and print paper money. It didn’t even explicitly say the Supreme Court was the final arbiter of what the Constitution meant; that came about through the Marbury case in 1803, and the notion didn’t completely take hold until much later in the 19th century, Eventually people figured out what worked and what didn’t, and precedents developed.

When the Constitution was written there were no railroads, no airlines, no energy grid, no Internet, no such thing as outsourced jobs, and people didn’t know what germs were. Yet the “originalists” on the Court insist we are limited to addressing only conditions that existed in the 18th century? See my 2020 post on Originalism, A Tyranny of the Dead.

In fact, the Originalists are crappy historians. Do see The Supreme Court’s Faux ‘Originalism’ by Joshua Zeitz at Politico; it’s excellent. The Court’s decisions on firearm rights from Heller (2006) on are based on historical ignorance. The right to bear arms was very much tied to service in the militia, which from the Colonial period and through the time of the Articles of Confederation and in the early constitutional republic was the main defense from invasion and insurrection.

At the time the Constitution was written the entire U.S. regular military consisted of a standing army of maybe 600 officers and men and a naval fleet of six wooden frigates. And it had a huge territory to defend. Were it not for the buffer created by the Atlantic Ocean just about any European power could have crushed us. The militia was created by Congress under the authority given it in the Constitution (Aticle I, Section 8, clauses 15 and 16) to provide defense. And it really was well regulated. It wasn’t just any collection of meatballs wearing camo and waving assault weapons around. Per the Militia Acts passed in 1792 all white men between the ages of 18 and 45 were required to enroll in the militia, and they were also required to obtain and maintain their own regulation arms so they would be ready to fight. If you know this, the militia clause in the 2nd Amendment makes some sense. Obviously, if someone could stop citizens from being armed, this would weaken the millitia.

And since the militia eventually became the National Guard, which is not self-armed, one could argue that the 2nd Amendment no longer serves its original purpose. But the current “originalist” justices ignore the militia clause and the history behind it and just go right to “shall not be infringed.”

Likewise, per English common law of the time, abortions were legal in the American Colonies until the time of quickening, which is when the fetus can be felt moving. This is roughly at 12 to 15 weeks gestation, although it could be much later. But Justice Alito completely ignores this bit of history and instead takes his legal precedence from some 17th century guy who sentenced witches to be burned at the stake to argue that abortion was never part of U.S. history or tradition, so it can’t possibly be a protected right.

We’re living in an imperium per iudices, and the iudices are wackjobs. 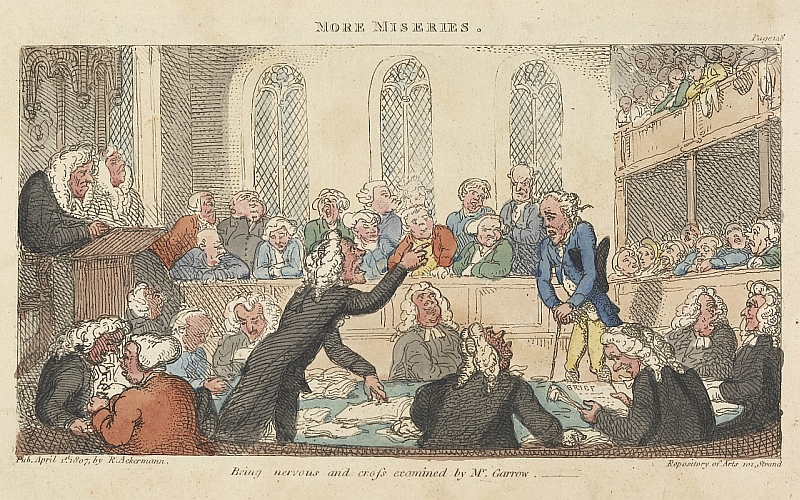 8 thoughts on “More Atrocities from the Supreme court”