From the New York Times:

The filing, a detailed list of items retrieved in the search, was unsealed on Friday as part of the court fight over whether to appoint an independent arbiter to review the materials taken by federal agents from Mr. Trump’s estate, Mar-a-Lago, on Aug. 8.

Along with the empty folders with classified markings, the F.B.I. recovered 40 more empty folders that said they contained sensitive documents the user should “return to staff secretary/military aide,” the inventory said. It also said that agents found seven documents marked as “top secret” in Mr. Trump’s office and 11 more in a storage room.

The list and an accompanying court filing from the Justice Department did not say whether all the contents of the folders had been recovered. But the filing noted that the inquiry into Mr. Trump’s handling of the documents remained “an active criminal investigation.”

The empty folders don’t necessarily mean the contents were sold or discarded, IMO. Trump has no respect for record keeping, obviously. He likely pulled things out of folders and never put them back.

Let’s all remember that Trump never had a job. That means he never had a job in  which his career depended on finding the specification sheet that could prove he wasn’t the one who screwed up the work order. Most of the rest of us have been there.

He also probably has a psychological aversion to being told what to do, and he never had to grow out of it. I blame bad parenting.

Lawfare Blog has a fascinating first-person account of what went on in the documents hearing yesterday. Recommended.

In other news — I think President Biden was right to give the speech he gave last night. It’s a shame the networks didn’t air it, though. 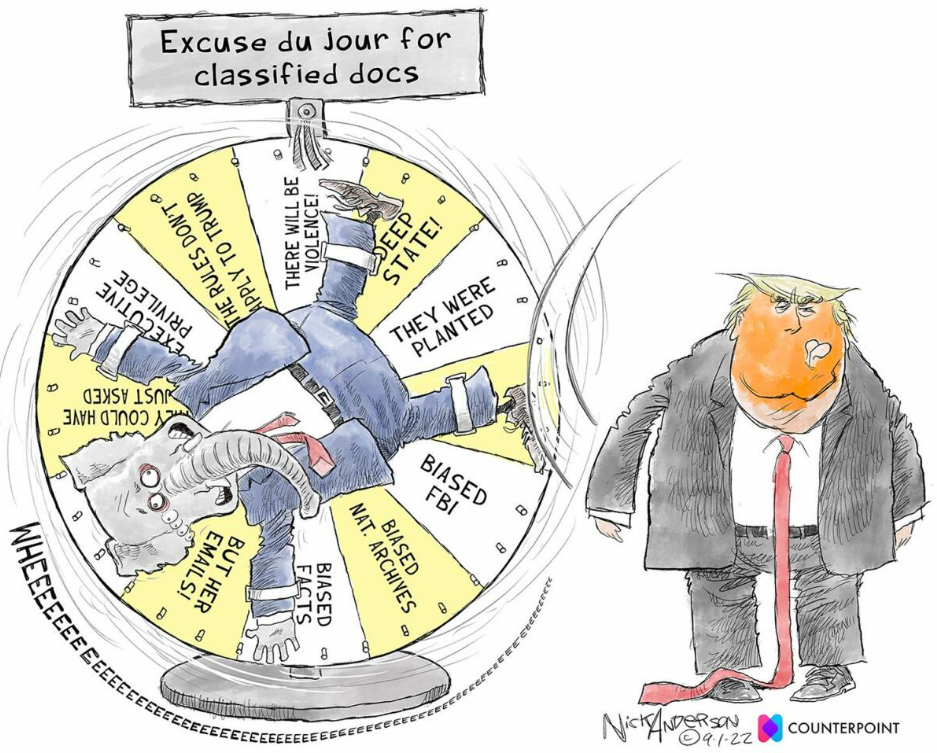