The  day after Vladimir Putin proclaimed the annexation of Donetsk and three other regions of Ukraine, Russian troops abandoned Lyman, a strategic city in eastern Donetsk. Ukrainian forces have retaken the city. They are expected to advance further east from there.

This Washington Post map shows what Russia occupied yesterday. The red stripes indicate areas dominated by pro-Russian separatists since 2014, and the pink parts show where Russian troops were in control yesterday. This is after seven months of fighting. 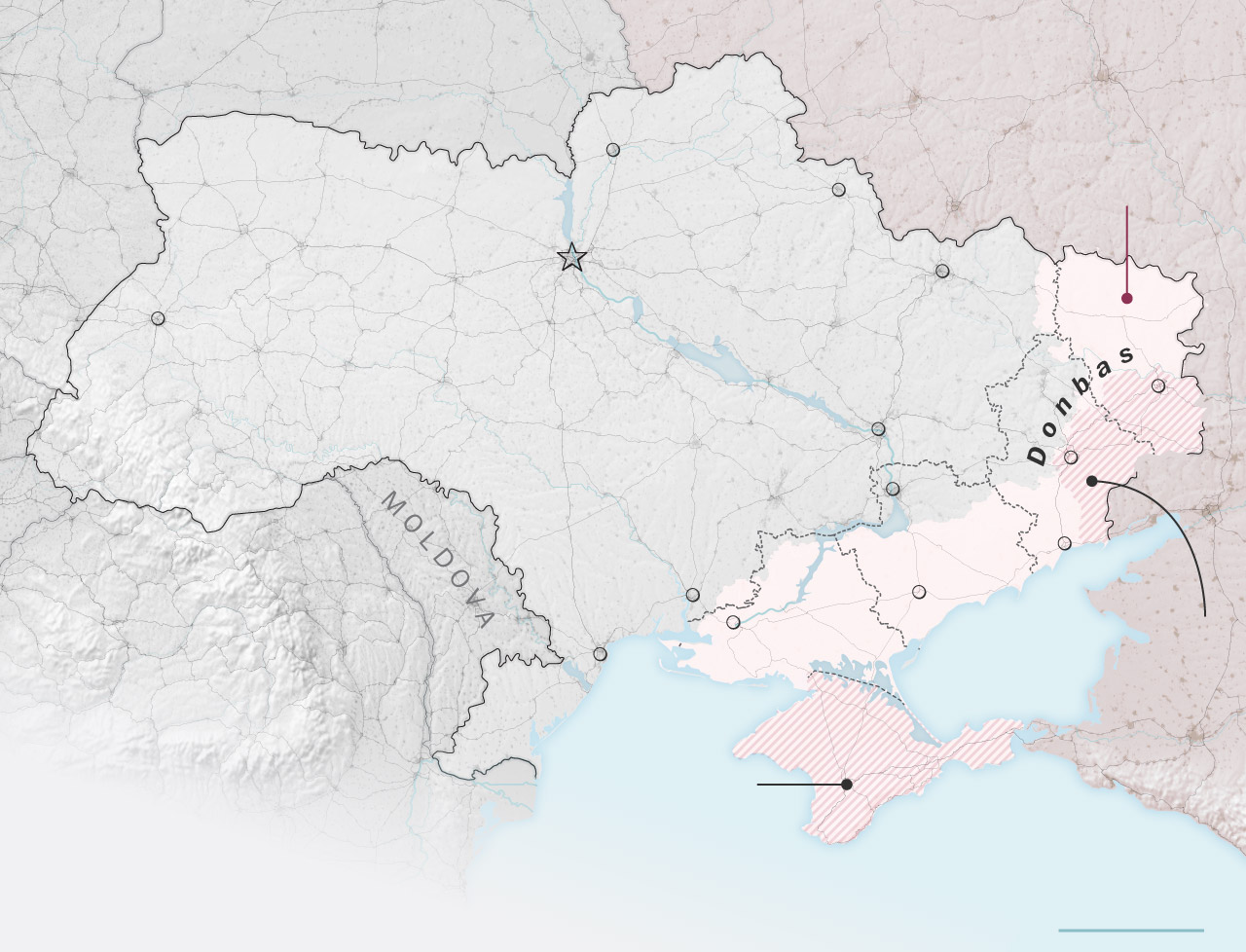 Back on August 8, the U.S. Defense Department estimated that as many as 80,000 Russian troops had been killed or wounded in Ukraine. A month ago it was estimated that Russia had lost more than 2,000 tanks and almost 49,000 military personnel. That pink territory has been very expensive. I don’t know how much Russians understand about what’s going on, but I suspect that if they were shown the map above and asked if the “gains” were worth the sacrifices their nation is making, they would say no.

Last spring a lot of commenters were saying that Putin wouldn’t back down, although that was before everyone knew how incompetent his military was. Now that Putin has made his big annexation declaration, along with a big, splashy public rally about it, he hasn’t exactly given himself a graceful way to step back. I fear the only way this war can possibly end is with Putin’s removal from power.

I fear Putin may have become something like a cult leader. Think Jim Jones, David Koresh. Having given themselves godlike status, when the outside world started closing in they chose destruction, taking themselves and their followers with them. They couldn’t bear being ordinary human beings again. I have no idea how rational Putin may be. The speech he gave yesterday isn’t reassuring.

During the 37-minute address, Putin decried “Satanism” in the U.S., referring to transgender issues in a tone suggesting a seasoned viewer of stateside conservative media. “The repression of freedom is taking on the outlines of a ‘reverse religion,’ of real Satanism,” he said, adding that the open attitudes toward gender identity are a “denial of man.” In a question posed to “all citizens of Russia,” he asked, “Do we really want to see perversions that lead to degradation and extinction be imposed on children in our schools from the earliest years, for it to be drilled into them that there are supposedly some genders besides women and men, and offered the chance to undergo sex-change operations?”

The invasion of Ukraine, in this light, is a battle against these values and the “the ruling circles of the so-called West,” which Putin referred to as “the enemy” and “deceitful and hypocritical through and through.” He paused for applause as he condemned western colonialism in Asia, from the Opium Wars to the bombing of Hiroshima and Nagasaki. “They created a precedent,” he said in a terrifying addition, referring to the nuclear attacks. In more recent aggressions, he also blamed the U.S. and allies for blowing up the Nord Stream pipelines connecting Russian natural gas to the European Union.

(Here in the U.S., our own Tokyo Rose is also pushing the theory that the U.S. sabotaged the Nord Stream pipeline. See Russian TV is very excited about ????? ???????’s Nord Stream theory.)

See also Putin Is Trying to Outcrazy the West.

9 thoughts on “Putin Is Backed Into a Corner”