After the debacle that was Tuesday, the first reaction of a lot of Clinton supporters was to blame third-party votes on her loss. But that doesn’t wash, folks. Those numbers don’t crunch.

Now that we’ve looked at state-by-state numbers, it looks as if Jill Stein votes might have cost Clinton two states — Wisconsin and Michigan — by a relatively tiny sliver of voters. But those two states together have only 26 Electoral College votes. Give them to Clinton, and she’s still 16 votes short.

And if more blue-collar white men in rust belt states had voted for Clinton, she would have won, too. If Jesus had appeared in glory in the sky and written “vote for Clinton” in glittery letters, maybe it would have changed the evangelical vote. And maybe if some space aliens had managed to sneak in and mess up the voting machines, we’d be looking forward to the Clinton Inauguration now. But none of those things happened.

And my point is that it’s ludicrous to assume that Johnson took more votes away from Clinton than from Trump. Johnson was not a candidate who appealed to progressives and liberals. Libertarians tend to be Republican-leaning voters, not Democratic-leaning voters.

What do we actually know about who took votes away from whom? I found an exit poll at CBS News that asked people how they would have voted if they had to choose between Clinton and Trump only. Only a quarter of both Johnson AND Stein voters said they would have voted for Clinton. One quarter. If we give one-quarter of Johnson and Stein votes to Clinton in swing states, would it have mattered? This takes a level of computation that’s outside of my skill set unless I worked on it all day, but if someone wants to try it, be my guest. But I rather doubt it. And at the same time, we’d need to give 15 percent of Johnson votes and 14 percent of Stein votes to Trump, so you’re looking at a really tiny sliver of the total percentage of votes. If we re-assign those votes based on this exit poll, I am extremely doubtful that the outcome of the election would have changed. 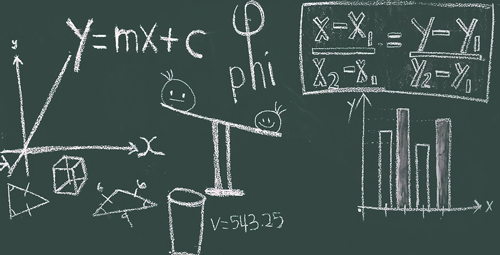 Oh, the remainder of those third-party votes would have just been tossed into the void; a majority of respondents to the CBS exit poll said that if they had to choose only between Trump and Clinton, they wouldn’t have voted at all.

So this takes us to the next level of blame-casting, that it was those nasty third-party voters bad-mouthing Hillary and spreading hate speech about her that poisoned the election. This is a bit like blaming Pearl Harbor on what Emperor Hirohito had for breakfast.

Are those coastal liberals so out of touch with the rest of America that they didn’t know what a hot button the name “Clinton” is? Did they really have no clue that for nearly 25 years the Clintons together have been to Republican and conservative-leaning voters what Emmanuel Goldstein was in 1984 — the “primal traitor”; the Ultimate Boogeyman; the locus of All Evil; symbols of the worst corruption and elitism and global conspiracy-ism all rolled into one? And if you say that isn’t fair I agree, heartily, but it is what it is. A big chunk of Americans have long been conditioned to react to “Clinton” the way George Orwell’s characters turned into a howling mob during the Two Minutes Hate. Donald Trump tapped into that conditioning and exploited it masterfully. Although Jill Stein supporters stupidly got sucked into it, they didn’t start it.

That’s why it didn’t matter if nothing criminal was found in the damn emails, or if the Benghazi witch hunts turned up no fault in the Secretary of State. In the minds of many she was guilty because she is Hillary Clinton. No matter what anyone says they believe she is always guilty, and she always gets away with it. This is the narrative they’ve embraced and which will never be unlearned. And I am not exaggerating.

And if this is news to you, I assume you are either (a) living in a bright blue state surrounded by like-minded liberals; or (b) born yesterday.

That’s why the mere mention of “Clinton” and “emails” triggered such a wave of revulsion in the electorate. The Comey letter of late October may very well have made a difference in those close swing states, although I doubt we’ll ever know for sure. “Trump cheats on taxes” doesn’t have the same effect. Most Americans aren’t (yet) invested in hating Trump the same way they are invested in hating Clinton. And that’s why all the talk during the primaries about how Hillary Clinton had already been “vetted” and was above being brought down by scandals was delusional.

Somehow, the Democratic Party didn’t think of that when they chose to put all their chips on Hillary Clinton. It was a huge hurdle to overcome, and they failed to overcome it.

As I wrote yesterday, it appears that Trump’s victory came from non-college-educated whites in the upper midwest; the “rust belt” states. The New York Times has more on this today.

Donald J. Trump’s America flowered through the old union strongholds of the Midwest, along rivers and rail lines that once moved coal from southern Ohio and the hollows of West Virginia to the smelters of Pennsylvania.

It flowed south along the Mississippi River, through the rural Iowa counties that gave Barack Obama more votes than any Democrat in decades, and to the Northeast, through a corner of Connecticut and deep into Maine.

And it extended through the suburbs of Cleveland and Minneapolis, of Manchester, N.H., and the sprawl north of Tampa, Fla., where middle-class white voters chose Mr. Trump over Hillary Clinton.

One of the biggest upsets in American political history was built on a coalition of white voters unlike that of any other previous Republican candidate, according to election results and interviews with voters and demographic experts.

Mr. Trump’s coalition comprised not just staunchly conservative Republicans in the South and West. They were joined by millions of voters in the onetime heartlands of 20th-century liberal populism — the Upper and Lower Midwest — where white Americans without a college degree voted decisively to reject the more diverse, educated and cosmopolitan Democratic Party of the 21st century, making Republicans the country’s dominant political party at every level of government.