After the Oklahoma City bombing, President Clinton had this to say about hate speech:

President Clinton Monday denounced the “loud and angry voices” that inflame the public debate and called on the American people to speak out against “the purveyors of hatred and division.”

Addressing last week’s bombing of the federal building in Oklahoma City, Clinton said the nation’s airwaves are too often used “to keep some people as paranoid as possible and the rest of us all torn up and upset with each other. They spread hate, they leave the impression that, by their very words, that violence is acceptable. … It is time we all stood up and spoke against that kind of reckless speech and behavior,” he said in Minneapolis.

You probably remember what happened next.

Some conservatives reacted furiously to suggestions that there is a link between the Oklahoma bombing and harsh public attacks on government. Rush Limbaugh accused liberals on Monday of trying to foment a “national hysteria” against the conservative movement.

“Make no mistake about it: Liberals intend to use this tragedy for their own political gain,” said Limbaugh, whose radio show is carried on 660 stations. He blamed “many in the mainstream media” for “irresponsible attempts to categorize and demonize those who had nothing to do with this. … There is absolutely no connection between these nuts and mainstream conservatism in America today.”

The joke is that “mainstream conservatism” these days is synonymous with “right-wing extremism,” and the few remaining conservatives who are, you know, conservative got hooted out of the Republican party some time ago. Only the nutjobs remain.

Many years have passed. Now we know that back in the innocent days before Tim McVeigh was executed the Right was just getting warmed up. Now we’ve got a monster posing as POTUS who threatens political opponents with violence and hurls vile hate speech at minorities, especially Latinos and Muslims.

Trump’s anti-Muslim bigotry has a long history. In 2011 and 2012, Trump insinuated that President Barack Obama was secretly Muslim. In September 2015, at a campaign rally, Trump nodded along as a supporter claimed “we have a problem in this country; it’s called Muslims.” Trump continued nodding, saying “right,” and “we need this question!” as the supporter then proceeded to ask Trump “when can we get rid of them [Muslims]?” In response, Trump said: “We’re going to be looking at a lot of different things.”

In November 2015, on “Morning Joe,” Trump said that America needs to “watch and study the mosques.” Four days later, he indicated that he would “certainly implement” a database to track Muslims in the United States. Two days after that, he falsely claimed that “thousands and thousands” of Muslims cheered in New Jersey when the World Trade Center collapsed on Sept. 11, 2001.

Then came the most egregious statement — one that should haunt Trump’s legacy forever and taint everyone who supported him subsequently: On Dec. 7, 2015, he called to ban all Muslims from entering the United States. Three days later, Trump tweeted that the United Kingdom is “trying hard to disguise their massive Muslim problem.” On March 9, 2016, Trump falsely claimed that “Islam hates us.”

See also Republicans Are Denying Trump’s Complete Open Bigotry Against Muslims. But, of course, it isn’t just Trump. Steve King got into trouble again with a tweet that encouraged civil war. And then there’s the ever horrible Jeanine Pirro. Pirro was booted off Fox News — I assume temporarily — for this:

Pirro teed off on criticism of Rep. Ilhan Omar (D-Minn.) for allegedly making anti-Semitic remarks in discussing Israel and its supporters in the United States. Omar is a Muslim and wears a hijab. “Think about it,” said Pirro. “Is her adherence to this Islamic doctrine indicative of her adherence to sharia law, which in itself is antithetical to the United States Constitution?”

But Trump is outraged that one of his favorite bobbleheads was taken off the air.

One of the few bedrock values that nearly all Americans at least pay lip service to is the right to say any damnfool thing you want without penalty from the government. Other western democracies do prohibit some speech, such as screeds denying the Holocaust. Germany bans displays of Nazi symbols. Germany also bans Volksverhetzung, “incitement of the people” or hate speech. Should the U.S. do likewise? The problem, of course, is that when the Right takes back government again I hate to think how they would administrate such a ban. See Trump Supporters Say the Darndest Things. 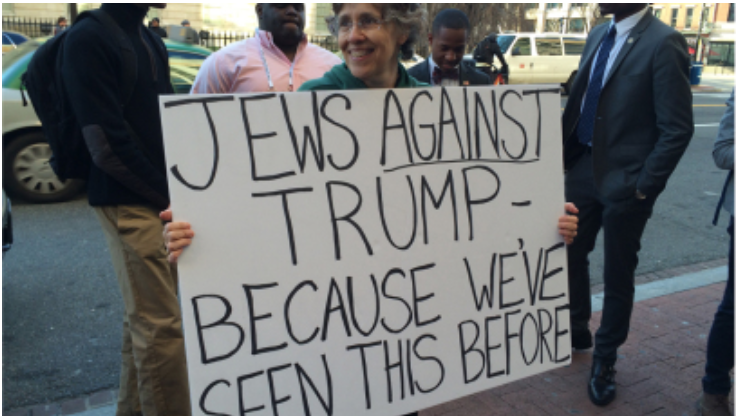 13 thoughts on “Being Responsible”