“Do you believe at any point in pregnancy,” Wallace asked, “whether it’s at six weeks or eight weeks or 24 weeks or whatever, that there should be any limit on a woman’s right to have an abortion?” The back-and-forth between Buttigieg and Wallace was instructive, especially the mayor’s initial response.

This part is a transcript of the Fox conversation:

Wallace: So just to be clear, you’re saying that you would be okay with a woman, well into the third trimester, deciding to abort her pregnancy.

Buttigieg: Look, these hypotheticals are usually set up in order to provoke a strong emotional—

Wallace: It’s not hypothetical, there are 6,000 women a year who get abortions in the third trimester.

Buttigieg: That’s right, representing less than 1 percent of cases. So let’s put ourselves in the shoes of a woman in that situation. If it’s that late in your pregnancy, then it’s almost by definition, you’ve been expecting to carry it to term. We’re talking about women who have perhaps chosen a name. Women who have purchased a crib, families that then get the most devastating medical news of their lifetime, something about the health or the life of the mother that forces them to make an impossible, unthinkable choice. And the bottom line is, as horrible as that choice is, that woman, that family may seek spiritual guidance, they may seek medical guidance, but that decision is not going to be made any better, medically or morally, because the government is dictating how that decision should be made.

I’ve seen worse answers, but I’m still not satisfied with that. Here is what (I would like to think) I would have said.

Wallace: Do you believe at any point in pregnancy, whether it’s at six weeks or eight weeks or 24 weeks or whatever, that there should be any limit on a woman’s right to have an abortion?

Me: I support the Roe v. Wade guidelines that have been the law of the land for 46 years. That decision protects a right to abortion for any reason until the fetus is capable of surviving outside the womb, which medical science tells us is at about 23 weeks’ gestation, or late second trimester. The Roe decision said that states may restrict abortions after that point except when necessary to preserve the life or health of the mother.

Wallace: There are 6,000 women a year who get abortions in the third trimester.

Me: That’s right, representing less than 1 percent of cases. So let’s put ourselves in the shoes of a woman in that situation  (etc.; the rest of Buttigieg’s answer was okay).

Why is it so hard to actually explain what the law is now? Why don’t people do that? Nobody, not even NARAL, is fighting for elective abortion in the third trimester. Why is it somehow forbidden to say that?

The most recent polling on Roe. v. Wade (from April 2019) says that 65 percent of adults nationwide support Roe v. Wade and don’t want it overturned, as opposed to 32 percent who want it overturned. That’s a healthy majority.  Stand with Roe v. Wade. Why do we allow ourselves to be put on defense?

See Paul Waldman, On abortion rights, time for Democrats to go on offense. See also Why I Don’t Give Money to NARAL. 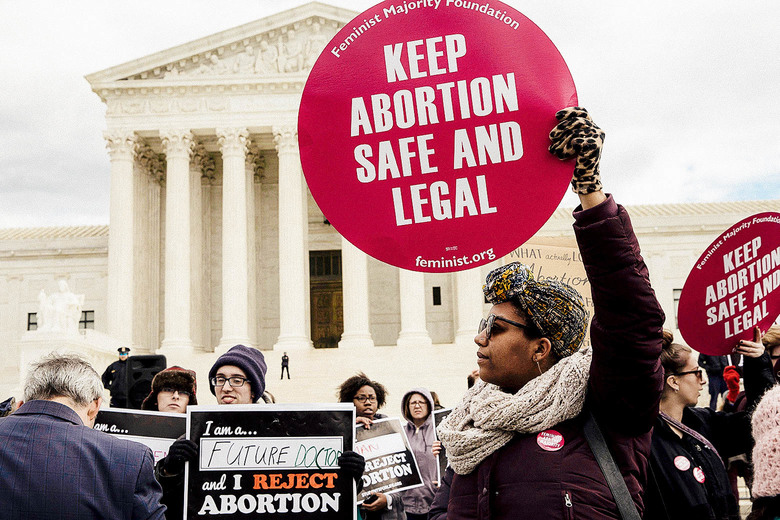 13 thoughts on “How Democrats Need to Talk About Abortion”