Tomorrow the open hearings begin. Shit will get real, I hope.

The headline of this post was triggered by a Byron York column headlined “ANALYSIS: Democrats have a Colonel Vindman problem” in the Washington Examiner. I’ll let you search for it if you really want to read it, but it’s full of York’s usual misdirections and dissembling. Just be assured that Lt. Col. Vindman is not a problem.

However, Trump is a problem, on several levels. The first and most obvious problem is that he’s a walking cesspool of ignorance and corruption, and by now anyone who still supports him is (a) being paid to do so; (b) dependant on the Republican party for current or future employment; (c) a hard-core partisan wingnut suffering massive cognitive dissonance; and/or (d) dumber than a bag of hammers. There are no other explanations. Byron York probably is several of the above.

But another problem is that Trump is both undisciplined and extremely stupid as well as corrupt. Those traits got him into the mess he’s in, and they are already undermining efforts to save him. Greg Sargent writes,

President Trump’s propagandists have a problem. Some of them badly want to argue there was nothing wrong with Trump’s decision to withhold military aid from Ukraine, because he merely wanted that country to clean up its legacy of corruption.

In this telling, by using the funding as leverage to produce better outcomes in Ukraine, Trump was acting in the national interest.

But Trump himself has other ideas. He is unabashedly arguing that, yes, he absolutely did want Ukraine to investigate one of his leading 2020 campaign rivals — Joe Biden — because, after all, Biden is indeed corrupt. And that undercuts the GOP’s generic-corruption spin.

Sorta like when he openly confessed to Lester Holt that he was going to fire James Comey, anyway, because of “this Russia thing.” He’s too stupid to understand what is or isn’t out of bounds, and he doesn’t have the sense to know when to keep his mouth shut.

Republicans circulated an 18-page memo laying out their strategy for countering arguments for impeachment. A big part of that strategy is to focus on Trump’s state of mind — seriously — which allegedly was overcome with tender concern for generic corruption in Ukraine, not the Bidens specifically. “The [Republican talking points] memo repeatedly casts doubt on whether Trump wanted Ukraine to investigate Biden,” Greg Sargent writes, in spite of the fact that in the so-called transcript of the July 25 phone call released by the White House, Trump clearly asked President Zelensky to investigate Hunter and Joe Biden. (See page 4.)

The Republicans also plan to argue that the Ukrainians didn’t know the military aid had been held up, a claim already refuted by testimony in the closed hearings. They also point out that the aid was released to Ukraine without any conditions being met, but we’ve learned recently that the State Department went ahead and released it on John Bolton’s order, apparently without Trump’s permission, before Trump says it was released.

The Republicans’ high-minded talking points — with footnotes, even — are pretty much shredded on arrival. Expect Jordan, Gaetz, et al. to do everything possible to turn the hearings into a circus. Because that’s all they’ve got.

Also: My book The Circle of the Way is now on sale! 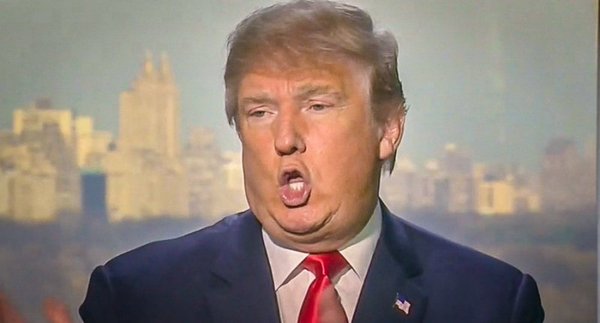 21 thoughts on “Republicans Have a Donald Trump Problem”