I love this. The Chicago Sun-Times reports that Illinois Gov. J.B. Pritzker has arranged secret charter flights to bring medical supplies from China to Illinois. The flights are secret to keep the federal government from confiscating the supplies.

Gov. J.B. Pritzker is planning to obtain millions of masks and gloves from China and bring those supplies back to Illinois on charter jets — but he’s keeping the details secret out of fear the Trump administration might seize the cargo for the federal stockpile, sources said Tuesday.

Illinois Comptroller Susana Mendoza announced Tuesday that the state has spent more than $174 million on purchases related to COVID-19, including supplies such as ventilators, masks, gloves, gowns, protective eyewear and hand sanitizer.

But one of the items on the list of expenditures was unusual: two invoices, each for $888,275, to FedEx Trade Networks Transport for “aircraft charter flight to Shanghai, China for COVID-19 response. … Prepayment required.” 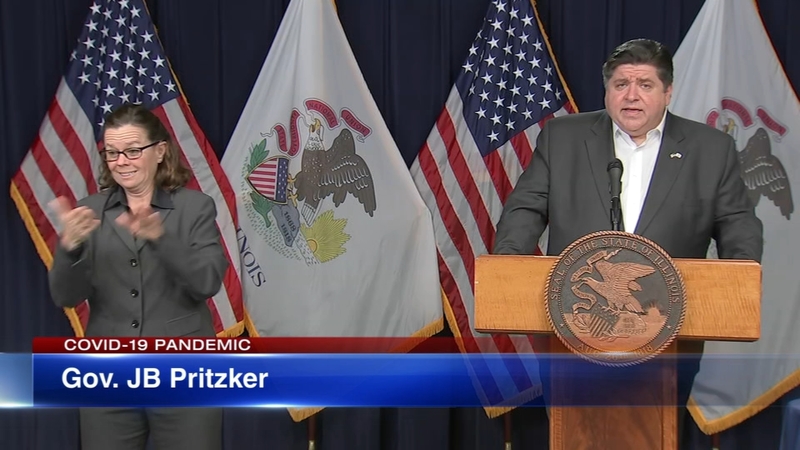 Gov. Pritzker has been holding daily briefings on the pandemic.

Illinois should be grateful Pritzker defeated the former governor, Republican Bruce Rauner, in the 2018 elections. Rauner is a wealthy private equity guy elected in 2014 whose primary activity in office was vetoing budgets and blocking tax increases, throwing the state government into an economic shambles. I have no doubt he would have been worthless during the pandemic. Pritzker defeated Rauner by 54 percent to 39 percent of the vote.

But I didn’t expect much from Pritzker. He’s a very wealthy businessman whose family owns the Hyatt hotel chain. He defeated a couple of Democrats with much more progressive records in the gubernatorial primary, mostly by spending millions of his own dollars to run really effective television ads. Rauner’s ads against Pritzker featured an FBI wiretap from 2008 in which Pritzker and then-Illinois Governor Rod Blagojevich discussed campaign contributions. Blagojevich then dangled a possible appointment as Illinois state treasurer in front of Pritzker, to which Pritzker responded “Yeah, that’s the one I would want.” One could get the impression, although it wasn’t specifically spelled out, that Blagojevich was offering the appointment in exchange for a big contribution. Pritzker was never charged with wrongdoing. But, as I said, I wasn’t expecting much.

However, I’ve been pleasantly surprised. The policies he’s supported and enacted so far — regarding taxes, education spending, reproductive rights, gun control, marijuana, criminal justice, undocumented immigrants, etc. — have impressed me considerably. I doubt the progressives he defeated for the nomination could have done any better. And the moral is, you can’t always predict how someone will do a job.

Regarding Covid-19, Pritzker caught some flack for not postponing the Illinois primaries on March 17, but most legal opinion said postponing a primary was not within his power. The libertarian Illinois Policy Institute faults him for not having a firm plan to open Illinois’s economy, which made me think of this meme — 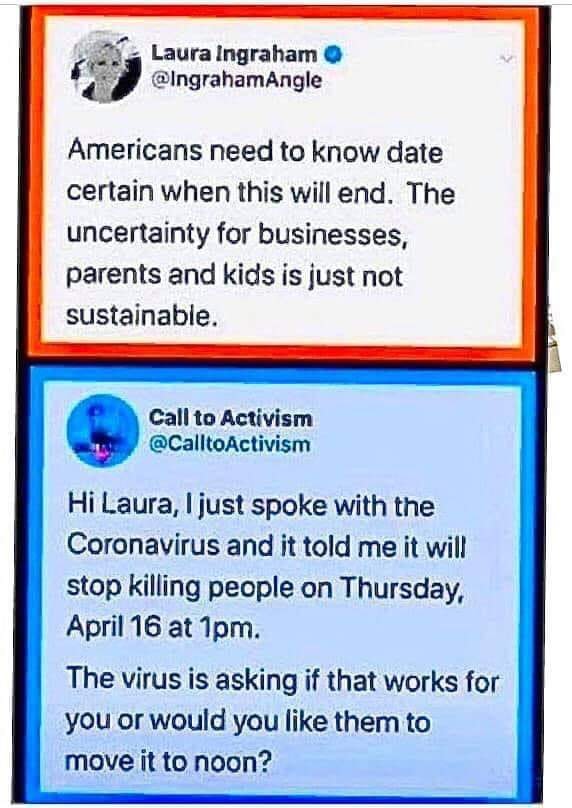 As you know, I’m not exactly fond of libertarians. Being criticized by them is a badge of honor in my book. Pritzger has also earned the wrath and scorn of Trump and has snarked right back, calling Trump “nearly irrelevant” in the struggle with the pandemic.

Pritzger’s stay at home order bagan on March 20, two days after the order for California and a day before New York’s. He’s extended guarantees of worker’s compensation and expanded child care assistance for essential employees. He’s worked with local labs to develop testing capability. Perhaps eventually someone will identify things he could have done better, but compared to the loser governor here in Missouri, Mike Parsons, Pritzger has been brilliant. See Gov. Mike Parson’s Pathetic Non-Response to Crisis Exposes Cultural Divide. Missouri didn’t have a statewide stay-at-home order until April 6, and even then Parsons gave local government much wiggle room to decide precisely what “stay at home” means. Fortunately most counties and metropolitan areas in the state had acted a lot sooner.

I wanted to say something about J.B. Pritzger because he’s gotten much less recognition than Cuomo of New York and Newsom of California. And I also want to re-emphasize that you can’t always predict how well, or how badly, someone will do in elected office.

Little appreciated historical fact: In 1860 leaders of the abolitionist movement opposed the nomination of Abraham Lincoln for president, because Lincoln wasn’t pure enough for them on the slavery issue. He had signaled he was willing to tolerate slavery in the South, although he did call for barring slavery from the western territories. In short, he opposed expanding slavery but did not call for ending it. Lincoln was scorned for being a supporter of “slave power.”

However, the record shows us that abolitionists didn’t spin their wheels over the morality of voting for the lesser of two (or in this case, four) evils, and they voted for Lincoln anyway. Lincoln may not have been a pure abolitionist, but he was far better on the slavery issue than either of the two Democratic nominees or the candidate of the fringe Constitutional Union party. And Lincoln became the Great Emancipator because all manner of things happened that the abolitionists didn’t anticipate.

In hard times, people either rise to meet challenges or they are crushed by them. (Or, in the case of Donald Trump, do nothing but whine incessantly.) These are times showing us who has the leadership chops, and who doesn’t.