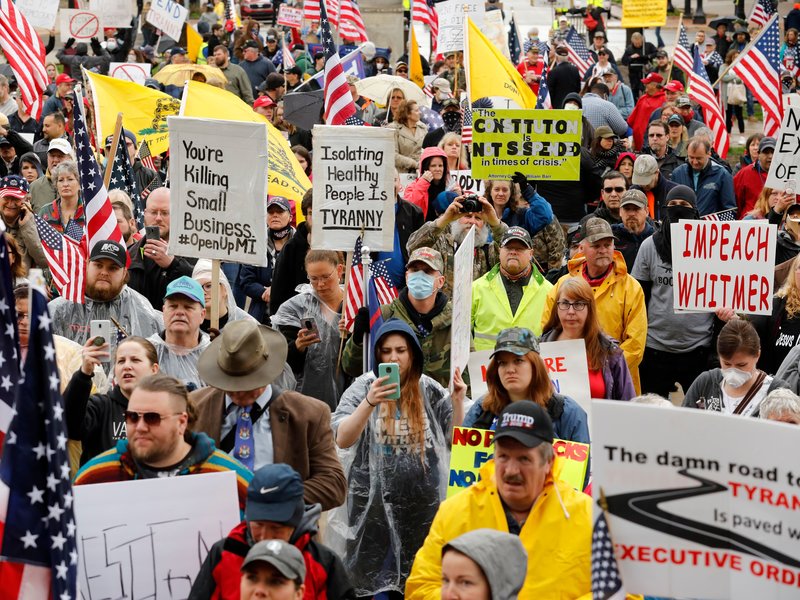 Demonstrators take part in a rally organized Thursday by Michigan United for Liberty on the steps of the Michigan State Capitol in Lansing, demanding the reopening of businesses. Jeff Kowalsky/AFP via Getty Images

This photograph above of a large pack of morons in Lansing, Michigan, was taken bleeping yesterday. It’s enough to make one suspect that white people are congenitally stupid.

I can’t make out any firearms in that photograph, but we’ve all heard about the armed men who entered the Michigan capitol building to intimidate the legislators.

Protesters wearing protective masks gather outside the doors of the chamber room at the Michigan Capitol Building CREDIT: BLOOMBERG

These guys below, for example, certainly look like they’re ready for an open minded discussion. Or not. 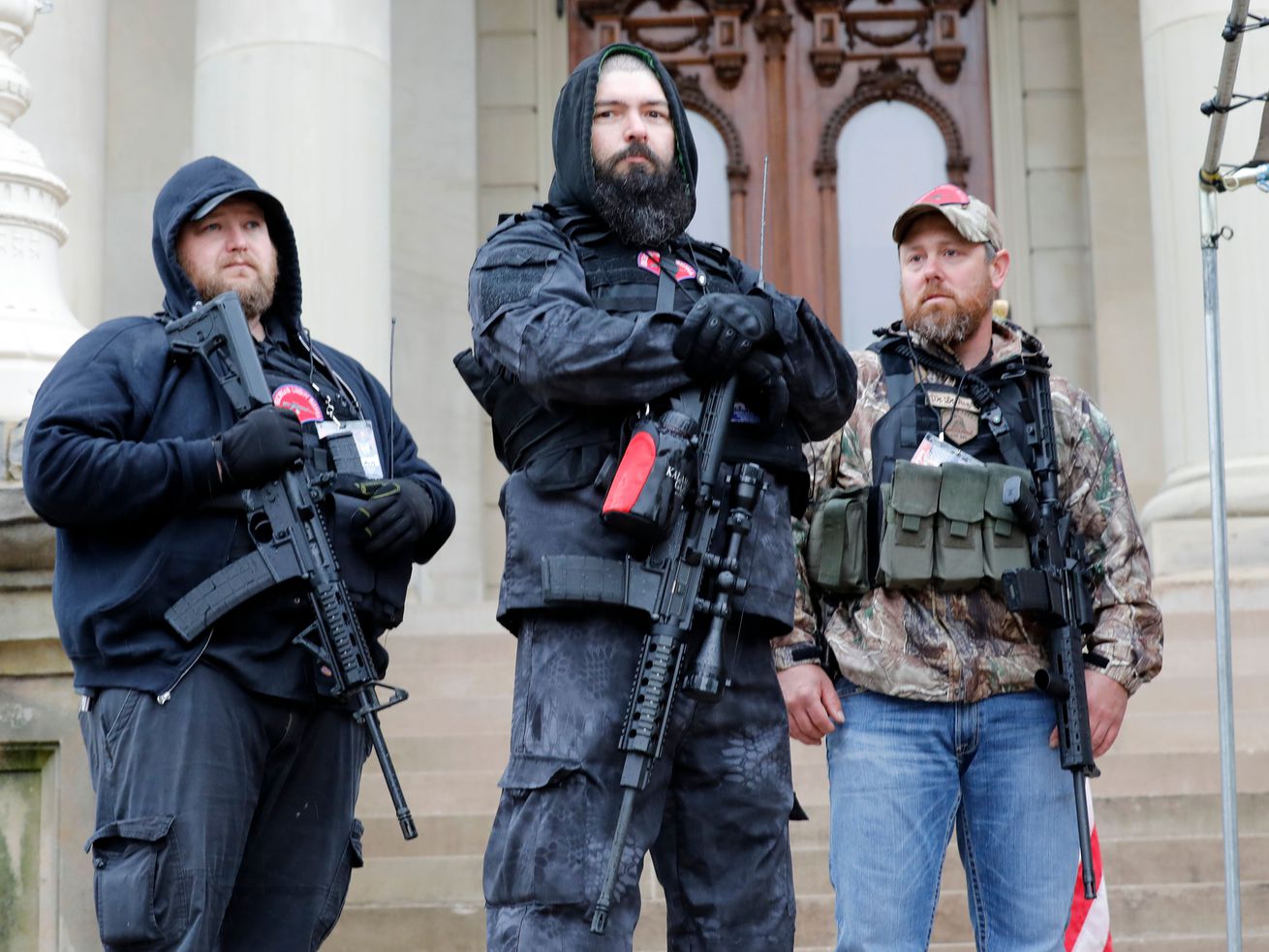 The Governor of Michigan should give a little, and put out the fire. These are very good people, but they are angry. They want their lives back again, safely! See them, talk to them, make a deal.

No, we don’t negotiate with terrorists. Sorry. Officials properly elected by the people do not have to make a deal with goons with guns.

These protests are picking up steam, and no doubt viral load, in several parts of the country. Somebody is going to get killed. And yeah, this really is starting to look how the Nazis got started in Germany.

The plaintiffs in the case claimed that the “mandatory quarantine,” along with interstate travel restrictions listed in an earlier version of the order, violated their rights to both procedural due process and substantive due process.

“But those liberty interests are, and always have been, subject to society’s interests—society being our fellow residents,” said Court of Claims Judge Christopher M. Murray.

“They—our fellow residents—have an interest to remain unharmed by a highly communicable and deadly virus, and since the state entered the Union in 1837, it has had the broad power to act for the public health of the entire state when faced with a public crisis.”

I tried to find the text of the judge’s ruling but failed; it may be that the Michigan Court of Claims doesn’t put rulings online. There have been court cases involving a state’s authority to enforce quarantines and other restrictions on public gatherings, including the closings of church services, schools, and businesses during epidemics going way back, more than a century, and courts have found that such restrictions are within a state’s power as reserved to states by the 10th Amendment. The only times courts have denied a state the power to enact public health restrictions is when the public health emergency isn’t clearly apparent and the restrictions only fall on one class of people, such as Chinese immigrants in one old case. But otherwise it has been long established that states really can put temporary restrictions on people’s movements and actions during an epidemic. See The Pandemic, the Constitution, and Civil Liberties.

8 thoughts on “Morons in Michigan”