I don’t know why this isn’t getting more attention. Yes, there are headlines saying that Trump is getting involved in the possible prosecution of the McCloskeys, the famously  toxic couple who pointed guns at BLM protesters walking past their house. But this is the part that set off alarm bells for me: Missouri Governor Parsons spoke to Trump on the phone yesterday, and after that Parsons said,

The governor lamented that it is “very difficult” to remove an elected official from office, apparently meaning Gardner, but said that was something state lawmakers should address in a future legislative session. He added that he explained to Trump that his powers as governor were limited in forcing out officials.

“We got to explain to him why it’s very difficult for an elected official in the state, for a governor … how you can remove someone from office — what powers you have as a governor,” Parson said. “I don’t want to make it sound like he’s going to come in here and remove somebody from office, but I guarantee you the president is focused on what’s happening here.”

Here is the prosecutor Trump and Parsons want removed to protect the McCloskeys: 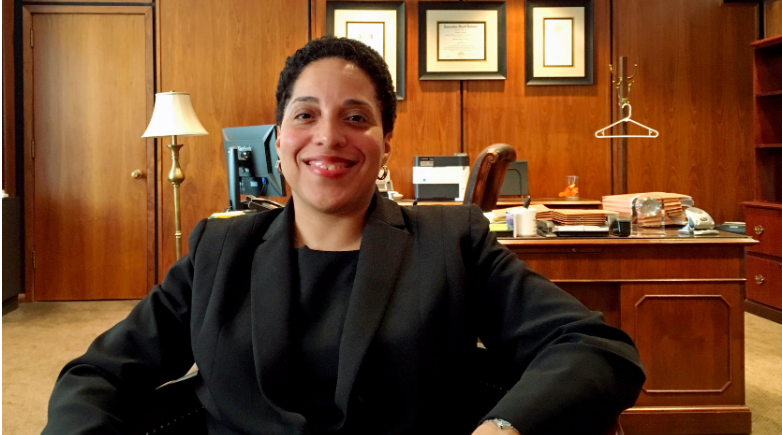 Kim Gardner is the Circuit Attorney, or chief prosecutor, for the city of St. Louis. She was elected by the people of St. Louis in 2016 and assumed her duties in January 2017. She is the first African American to hold that position.

Trump and Parsons want to remove her from office because they don’t want her to prosecute the McCloskeys.  Parsons wants to change Missouri law to give the power to remove her to the state government, somehow. Of course Trump has no authority to mess with elected officials of a state, never mind a city,. But it strikes me that for a state government to remove the elected official of a city flies in the face of the principles of republican (small R) government.

In this case, I’ve heard nothing about Gardner being corrupt. However, she’s been in the crosshairs of righties because she was instrumental in removing the previous governor, Eric Greitens, for campaign finance violations. She has also been butting heads with the St. Louis Police Department over systemic racism, and given the behavior of the StLPD during the aftermath of the Michael Brown shooting in 2014 — in brief, a police riot — my sympathies are with Kim Gardner on this point. Criminal justice reform was an issue she ran on, after all. And the people of St. Louis elected her.

Yet hardly a week goes by in these parts without some conservative group or rightie politician going on the teevee to complain about Kim Gardner. See Rashad Robinson, The People Who Undermine Progressive Prosecutors, in the New York Times, June 11:

The chief prosecutor in St. Louis, Kimberly Gardner, has made a host of changes — expanding diversion programs, dropping low-level drug cases and refusing cases that rely on untrustworthy police officers, among others.

But after what The Times described as pushback “in a manner that is virtually unheard-of for an elected prosecutor,” now Ms. Gardner is suing her own city, citing “a racially motivated conspiracy to deny the civil rights of racial minorities” by making it harder for her to make the reforms she was elected to make. Her lawsuit is supported by an organization that represents police officers, a majority of whom are black, along with civil rights law firms and many other progressive prosecutors.

If a progressive prosecutor is a black woman like Ms. Gardner, the ploys used by conservatives are shamelessly vicious. Still, no matter how loudly or often police union leaders, and their political allies stoke fear about an impending crime apocalypse if prosecutors carry out reforms, it never comes to pass.

I believe you see the picture here.

As of yet no charges have been filed against the McCloskeys, and perhaps no charges will be filed. According to the local teevee news, St. Louis police have brought a charge of unlawful use of weapons to the prosecutor, but no action has been taken. Missouri gun laws allow white people with guns to pretty much do whatever they want.

Today, Parsons made an announcement that Trump would definitely be getting involved in some punishment of Gardner; but I didn’t catch it all and it’s not online yet. Here is a report from last night’s news:

10 thoughts on “Trump, Missouri Governor Want to Remove an Elected Prosecutor to Protect the McCloskeys”