I don’t know how many times I saw this clip on the teevee news yesterday.

Headline at CNN: US reports second-highest day of coronavirus cases since the pandemic began. The highest day was Friday.

I’ve seen an extended version of this clip; from here Trump goes on to complain that there are only so many cases because we test too much. His comments about immunity reveal he has no grasp whatsoever about the issue and hasn’t been paying attention to the scienctists, who have said all along that people appear to have only short-term immunity, if any, after an infection. After all this time, after everything that’s happened, he still doesn’t understand the pandemic and clearly doesn’t care enough to try to understand it.

See David Atkins, A Trump Win Would Condemn Hundreds of Thousands to Die Needlessly from COVID.

Meanwhile, Mitch McConnell is pushing the Senate to confirm nutjob Amy Coney Barrett to the Supreme Court tomorrow. The local news here is full of interviews of small business owners who aren’t sure how they’re going to go on much longer with the virus restrictions. A lot of virus restrictions were lifted for a time but are being put back because the cases and posivity rates are going up. There is absolutely no excuse for the government not providing some kind of support to keep people afloat for a few more months, but Mitch can’t be bothered. The priority is to get a sixth hard-right reactionary on the Supreme Court to foul up government policy for the next forty years. Maybe they’ll find some creative way to restrict voting to white men only, 15th and 19th amendments be damned.

It says something that even former Dem Senate leader Harry Reid is calling for the end of the filibuster. See also E.J. Dionne, Enlarging the Supreme Court is the only answer to the right’s judicial radicalism.

Speaking of local news: St. Louis has nearly broken down into civil war over high school sports. For a time the county executive had restricted contact sports, like football. What, no football? The parents of seniors were all over the teevee practically weeping because their darlings will be robbed of their last year of high school football, along with their chances to get scholarships to some major conference school. That’s sad, but I can remember my senior year, when the guys in my class all faced the draft and potentially being sent to Vietnam. That was sadder. Anyway, the St. Louis high schools are playing a shortened football season now. We’ll see what happens to basketball.

Also, too: Several in Mike Pence’s inner circle have tested positive.  Pence, chair of the White House pandemic task force, has been exposed to several of these people but will not quarantine. Meanwhile, WH Chief of Staff Mark Meadows admits “We are not going to control the pandemic.”

See Nicholas Kristof, America and the Virus: ‘A Colossal Failure of Leadership’:
In its destruction of American lives, treasure and well-being, this pandemic marks the greatest failure of U.S. governance since Vietnam.

There’s plenty of blame to go around, involving Democrats as well as Republicans, but Trump in particular “recklessly squandered lives,” in the words of an unusual editorial this month in the New England Journal of Medicine. Death certificates may record the coronavirus as the cause of death, but in a larger sense vast numbers of Americans died because their government was incompetent.

As many Americans are dying every 10 days of Covid-19 as U.S. troops died during 19 years of war in Iraq and Afghanistan, and the economists David Cutler and Lawrence Summers estimate that the economic cost of the pandemic in the United States will be $16 trillion, or about $125,000 per American household — far more than the median family’s net worth. Then there’s an immeasurable cost in soft power as the United States is humbled before the world.

It says something that even the notriously right-wing New Hampshire Union Leader is endorsing Joe Biden.

The great Alexandra Petri has a column up about the candidates’ closing message. Biden talks vaguely about plans and scientists. Trump shrieks hysterically about giant bird-killing windmills. It’s satire, but it’s not that far from the truth.

Right-wing websites are ignoring the pandemic and instead are flogging a new Hunter Biden story. This story claims there Hunter Biden sex videos have been uploaded on a Steve Bannon-connected Chinese website. I’m not going to link to any of this, but you can read about it at Steve M’s place.

And I don’t give a hoohaw whether the videos are authentic or not. Hunter Biden isn’t running for office. Serial rapist Donald Trump is running for office. Hello? Wingnuts? Do you not see how sex scandals might be of limited use to you in this election?

The FiveThirtyEight polling average has been pretty much frozen in place for several days. I think people have made up their minds on this election. I’m going to be uneasy about the Electoral College until we get states called, but I am hopeful, and I’m hopeful about the Senate also. Tonight is the last big potentially game-changing television event, which is the 60 Minute interviews in which, by all accounts, Trump comes across as a whiny, petulant child. I may watch.

The New York Times editorial board has an editorial up headlined R.I.P., G.O.P.

Of all the things President Trump has destroyed, the Republican Party is among the most dismaying.

“Destroyed” is perhaps too simplistic, though. It would be more precise to say that Mr. Trump accelerated his party’s demise, exposing the rot that has been eating at its core for decades and leaving it a hollowed-out shell devoid of ideas, values or integrity, committed solely to preserving its own power even at the expense of democratic norms, institutions and ideals.

Do read the whole thing. And it says something that the cautious New York Times published this.

If we and the nation survive this year, we may look back and decide that it took the combination of Trump and covid to wake people up to the debilitated state of our politics and government. It’s been screwed for a long time before Trump became POTUS, but with the help of complicit news media it managed a charade of normal. But Trump plus covid blew that fiction out of the water. And maybe a fire has been lit under the Democrats so that they will stop being nothing but the party that’s not as bad as the other party.

Elsewhere: Will Bunch at the Philadelphia Inquirer, Trump, TV pundits don’t have a fracking clue about Pennsylvania and fossil fuels. 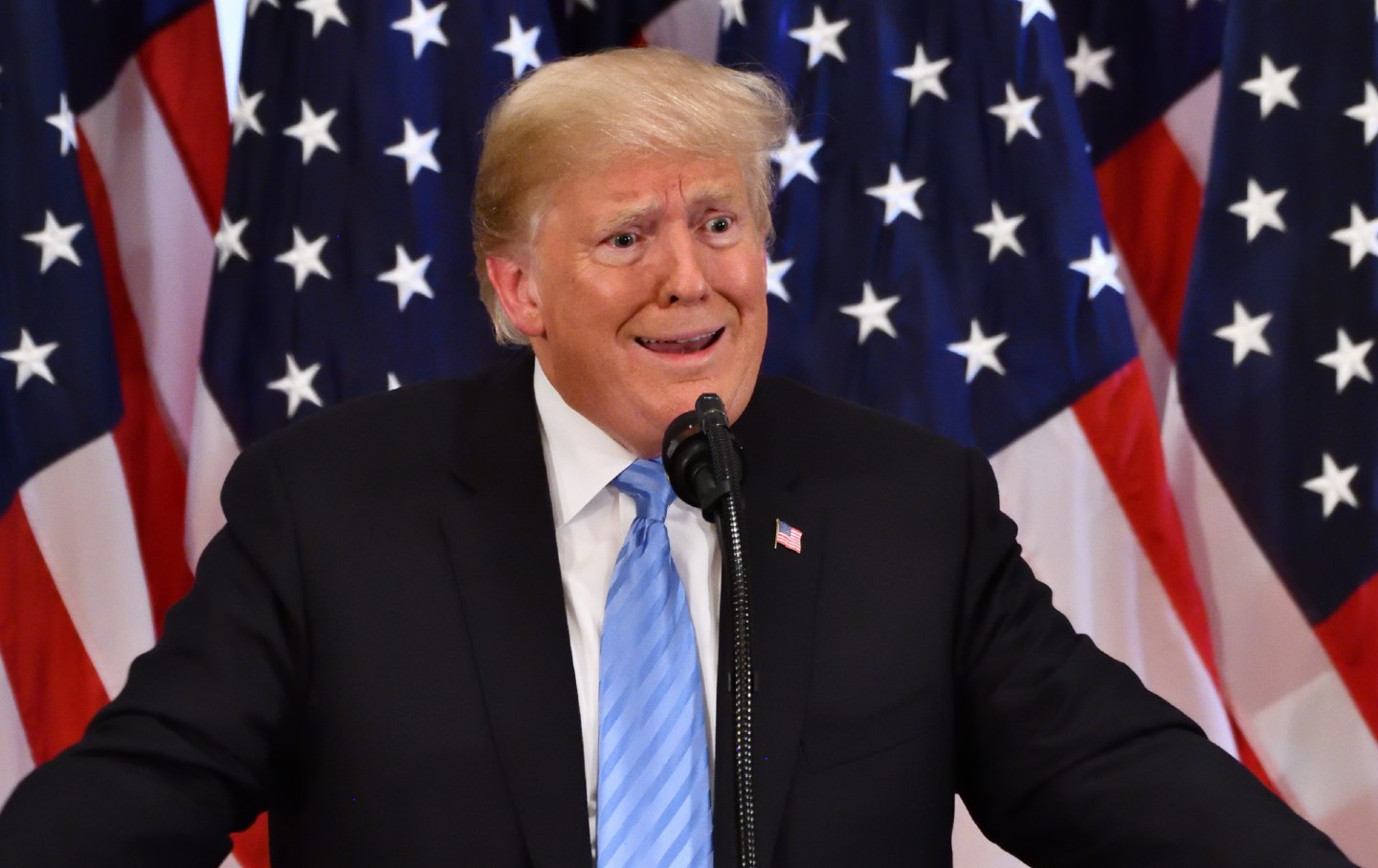