We keep learning that there were many intelligence warnings that should have inspired much better security in the Capitol before January 6. At Talking Points Memo, Josh Kovensky explains why the warnings were ignored.

Across conversations with multiple former DHS officials and analysts, TPM found that a top-down aversion from the Trump administration towards addressing the threat of far-right extremism, inept management, and the dismantling of DHS bureaucracies aimed at coordinating, analyzing, and disseminating information about extremist groups contributed to the lack of warning.

“Nobody wanted to write a formal intelligence report about this, in part out of fear that such a report would be very poorly received by the MAGA folks within DHS,” one former DHS official who served in the Trump administration told TPM, on condition of anonymity to speak freely.

And you know that’s true. You know that left-wing activism, especially involving Black Americans, is addressed very differently from right-wing activism. If anyone stumbles onto this blog who doubts this, please see Lafayette Square, Capitol rallies met starkly different policing response at the Washington Post. Back to TPM:

Multiple former officials described a climate of fear within DHS around reporting threats from the far right, specifically within the Department’s Office of Intelligence and Analysis (I&A). …

… DHS’s deprioritization of far-right domestic terrorism has been well-documented over the years, as analysts in the unit were reassigned to cover other topics.

One whistleblower, who went to Congress after himself getting involved in a scandal in which the unit surveilled journalists, said that DHS officials had ordered him to stay away from the threat of white nationalism.

Former officials at DHS echoed the whistleblower’s comments, saying that a climate of fear had been instilled in the office which made intelligence officers want to “keep their heads down” for fear of their jobs.

In fact, I had forgotten that in 2019 the Trump Administration dismantled a domestic terrorism watch group in the DHS.  In my blog post on this, I wrote, “If I were given to conspiracy theories, I might think this is a prelude to a putsch.”

There was also a failure of communication between agencies responsible for security, which you might remember happened before September 11. We don’t learn.

Josh Marshall has a post up headlined We’ve Been Coddling Right Wing Terrorists for Thirty Years. This one’s behind a subscription firewall, but I’ll explain it. Bascially, for the past thirty years we’ve seen cycles of reports of dangers from right-wing domestic terrorism followed quickly by Republicans quashing the reports and screaming that “conservatives” were being “demonized.” Josh Marshall:

Go back to April 1995 and the bombing of the Oklahoma City Federal Building. This sparked the first widespread interest in the militia movement which had begun to take root in the country in the 1980s. But Republicans, who had just taken control of Congress in January of that year, quickly shifted gears to defending militias as conservatives being smeared the association with McVeigh and his accomplices. Indeed, in June of 1995 the Senate held a hearing aimed at humanizing members of the militia movement as little more than very motivated conservative activists. As Ken Adams of one Michigan militia group told Senators at the hearing: “What is the militia?. We are doctors, lawyers, people getting involved in their government.”

The whole spectacle turned into a bit of a PR debacle because the militia witnesses turned out to be characteristically feral, meandering off the ‘gee howdy’ bias narrative to darkly warning senators about “vengeance and retribution” and “armed conflict” if their demands weren’t met.

McVeigh was trying to start a race war, as I recall, which is also the aim of our current Boogaloo Bois.

And then there was the 2009 DHS assessment of danger from right-wing extremism. That threw Republicans and their media enablers into such a tizzy that the report was recalled.

Now go to something I wrote in 2018, The Terrorists Among Us.

Back in 2009 I wrote ablog post about a report issued by the Department of Homeland Security to federal, state and local law enforcement regarding the threat of terrorism from right-wing extremists groups. And I wrote about how “conservatives” threw a fit about the report and called it a political hit job. See “Malkin et al. Admit That ‘Conservatives’ Are Right-Wing Extremists and Potential Terrorists.”

Under pressure from conservatives, in a few months DHS repudiated the report. The chief author of the report no longer works at DHS.

Now the New York Times is running a major story called U.S. Law Enforcement Failed to See the Threat of White Nationalism. Now They Don’t Know How to Stop It. The truth is, they were warned.

This year, even when DHS released information that pointed to a greater threat from the Right than from the Left, somehow the news was all about the Left. See, for example, Far-Right Groups Are Behind Most U.S. Terrorist Attacks, Report Finds, in the October 24, 2020, New York Times. Somehow, the article was more about Left-wing violence. The article is not the actual report, but I get the impression that the report tries to blame Right-wing violence on the Left. Then there’s this:

Of the five fatal attacks this year, the report attributed one in Portland, Ore., to an activist affiliated with the loose far-left movement known as “antifa”; one in Austin, Texas, to a man described as a “far-right extremist”; one in New Jersey to an “anti-feminist”; and two in California to a man linked to the so-called Boogaloo movement, an anti-government group whose members seek to exploit public unrest to incite a race war.

In an endnote, the researchers said they did not classify the shooting in Kenosha, Wis., that killed two protesters in August, as a terrorist attack. They said that the person charged in the shooting, a teenager whose social media accounts showed strong support for the police, “lacked a clear political motive for the killings.”

Let’s start with the first sentence. The activist who self-described as antifa who was accused of a shooting was Michael Forest Reinoehl. After the shooting Reinoehl made a video saying that he shot Aaron Danielson, an activist affiliated with the right-wing Patriot Prayer group, in self-defense. Danielson was about to shoot him, Reinoehl said. I don’t know if Reinoehl was telling the truth. A video of the incident doesn’t show anything clearly. But Reinoehl was assasinated by federal marshalls who didn’t even attempt to take him into custody. No need for a messy trial that might have found Reinoehl was innocent; he was much more useful dead.

And as for the kid in Kenosha — Kyle Rittenhouse is out on bail and was just seen posing with Proud Boys, flashing white power hand gestures, in a Wisconsin bar.

I’m sick of it. Let’s hope the Biden Administration makes some changes. 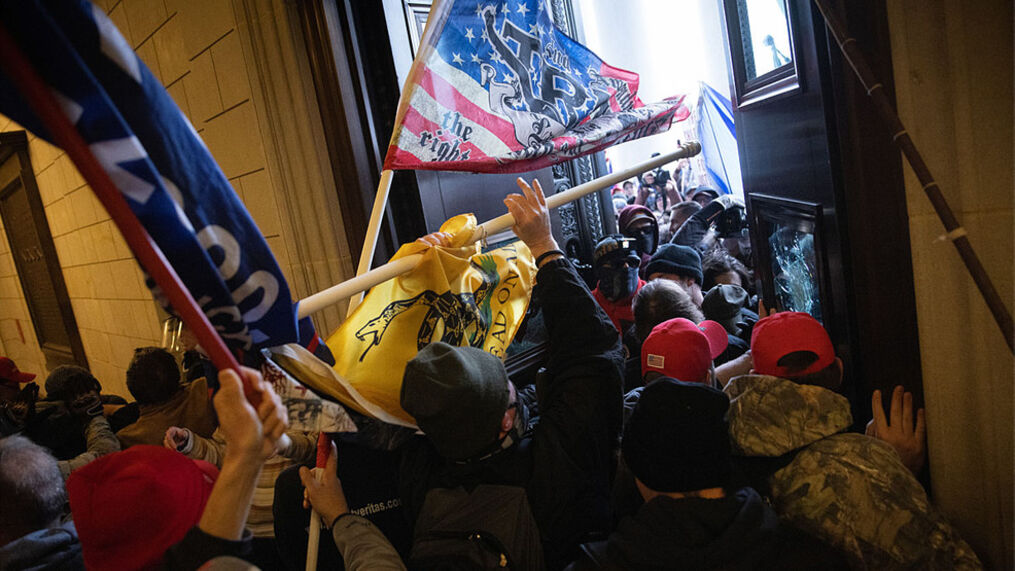 3 thoughts on “Can We Stop Coddling Right-Wing Extremism Now?”