The Supreme Court is about to hear a case that could overturn many state gun control laws and limit the ability of state and local governments to limit firearm carrying in public.

As it says at Vox, this case could make the NRA’s dreams come true.

The case is New York State Rifle & Pistol Association Inc. v. Corlett.  As Ian Milhauser at Vox says, “The case involves New York state’s handgun licensing law — a law that has been in place since 1913 — which requires someone who wishes to carry a handgun in public to demonstrate “proper cause” in order to obtain a license permitting them to do so.” There are several kinds of gun permits in New York. If you have a job that requires you to carry large amounts of money and jewels you can get a permit to carry a handgun while on the job, for example. But a permit to carry a firearm in public for no specific reason other than hypothetical self-defense doesn’t rise to the level of “proper cause.”

The plaintiffs in Corlett applied for a permit to carry a gun in public and were denied. They argue that the Second Amendment gives them such a right that the state cannot deny. And the concern, of course, is that the current Supreme Court is right-wing crazy enough to agree with them.

What this would mean is that state permit laws would evaporate overnight. It would be open season on humans in the U.S.

Ian Milhauser provides a brief history of Second Amendment case law, much of which you probably know. Until 2008 the Court took the first thirteen words of the amendment — “a well regulated Militia, being necessary to the security of a free State” — very seriously, and determined that the Second needed to be understood not as an individual right but as a provision that allowed for an armed militia.

This makes more sense when you understand that the militia originally organized by Congress in the 1790s was self-armed. The second Militia Act of 1792 provided that every citizen enrolled in a state militia “shall, within six months thereafter, provide himself with a good musket or firelock, a sufficient bayonet and belt, two spare flints, and a knapsack, a pouch, with a box therein, to contain not less than twenty four cartridges, suited to the bore of his musket or firelock, each cartridge to contain a proper quantity of powder and ball; or with a good rifle, knapsack, shot-pouch, and powder-horn, twenty balls suited to the bore of his rifle, and a quarter of a pound of powder; and shall appear so armed, accoutred and provided, when called out to exercise or into service…” The cost of this was born by the individual.

Obviously, if the federal government put limitations on firearm ownership it would interfere with militia service, which was mandatory for able-bodied white men between the ages of 18 and 45. You might wonder why the federal government would do that. Well, here is the answer — during the Constitutional Convention, the anti-federalists who were mostly slave-owning southerners were dragging their feet about ratification. In their states the militia was mainly used to keep enslaved persons under control. (Before the Constitution was ratified, militias were entirely under state control, but the Constitution in Article I, Section 8, paragraphs 15 and 16 said that militias were to be organized by the U.S. Congress.) The Second Amendment was worded as it was to mollify the slave-owners, who feared that some day the federal government would disarm their slave-controlling militias.

It wasn’t until the 2008 decision District of Columbia v. Heller that the Court called arms-bearing an “individual right.” Then in 2010 the Court decided in McDonald v. City of Chicago that the Second’s limitations on federal power also applied to states.

Now the Court has a big, fat opportunity to determine that state and local governments must allow citizens to carry firearms in public. And I bet they will do it.

The result of this will be that no matter how you and your neighbors feel about it, these people can march through your neighborhood whenever they like. The citizens of your community will have nothing to say about it. 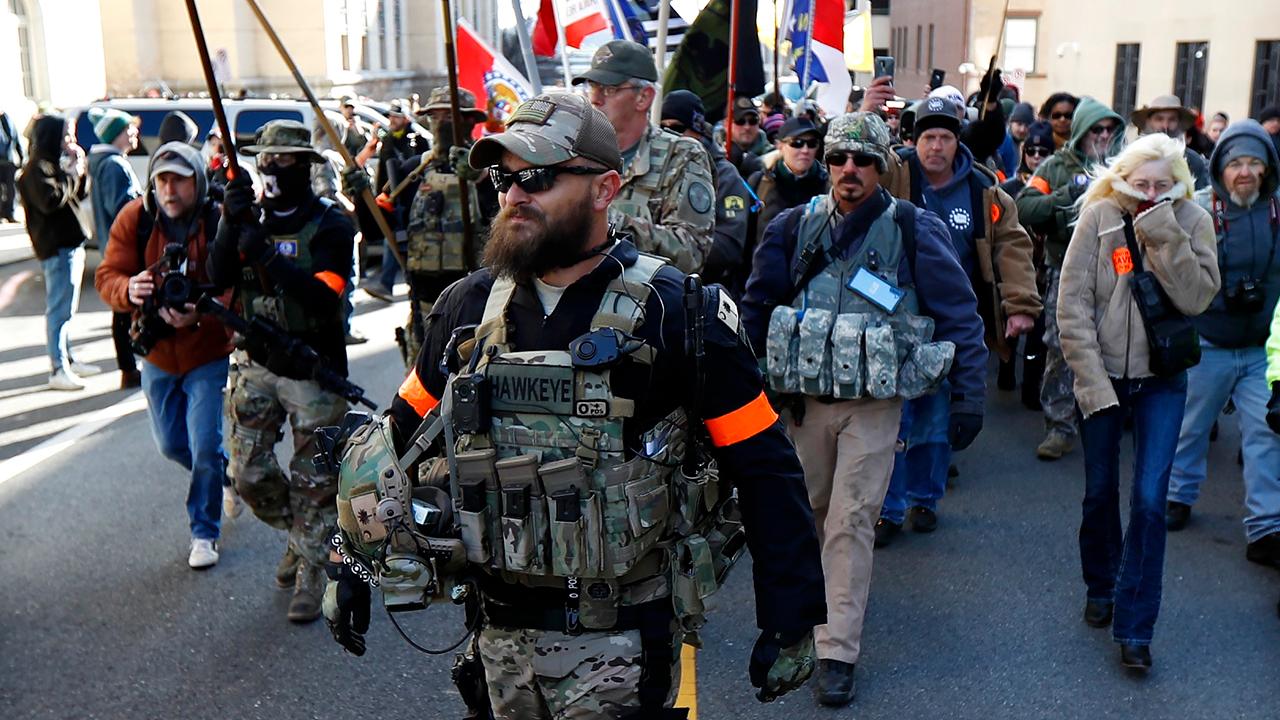 The other result will be carnage. The Giffords Center has a page of data and charts showing the correlation between firearm deaths and “gun law strength ranking,” The Harvard School of Public Health also has published considerable research showing that more guns = more homicides. Allowing citizens to carry firearms everywhere “for safety” means we’re all less safe.

So about the time we can all stop wearing masks we’ll need to start wearing bullet-proof vests. Way to go, America.

12 thoughts on “Open Season on Everybody Is About to Begin”