“The notion that Democratic leaders must work with Republican leaders in order to have political legitimacy is well and truly dead,” writes Nicole Hemmer at CNN. Hemmer is an associate research scholar at Columbia University. I hope she’s right. Republicans disagree, I’m sure. A lot of media disagrees. But I think most Democrats have had enough.

So yesterday Nancy Pelosi decined to seat Jim Jordan and Jim Banks on the select committee to investigate the January 6 insurrection. Then Kevin McCarthy had a fit and withdrew all the Republicans he had put forward for the commttee. And now editorial pages everywhere are filling up with expressions of either deep concern about Nancy’s “blunder” or gratitude that Jordan won’t be allowed to turn the hearings into a clown show.

We should be thankful that House Minority Leader Kevin McCarthy (R-Calif.) just pulled Republicans out of any involvement in the select committee to examine the Jan. 6 insurrection. In so doing, he ensured that the committee’s investigation will both have more integrity and be more likely to undertake a valuable accounting.

Which goes to a larger truth about this moment: Efforts at a real examination of arguably the worst outbreak of political violence in modern times — and efforts to protect our democracy more broadly — will not be bipartisan. These things will be done by Democrats alone.

Of course, there is one Republican on the committee, Liz Cheney. Pelosi is considering adding  Adam Kinzinger of Illinois. Kinzinger was one of the ten House Republicans who voted to impeach Trump. There is also talk she might add former Virginia GOP Rep. Denver Riggleman, a retired intelligence officer,  in an advisory capacity. Riggleman is known to be, um, critical of the current Republican party.

So there will be some token bipartisanship, but we will be spared Jordan and his antics. And Kevin McCarthy can’t do anything about it. 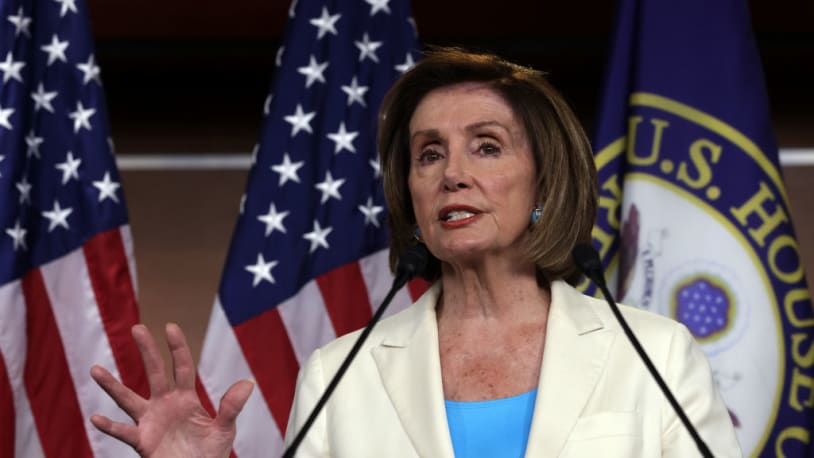 7 thoughts on “Pelosi Is Not Buying McCarthy’s, Um, Effluvia”