I have long believed that abortion is an effective wedge issue for Republicans as long as Roe v. Wade stays in effect. Polls going back years show a reasonably comfortable majority of Americans support Roe and don’t want it overturned. The criminalizers will always vote for politicians promising criminalization. But if states really did criminalize abortion, I suspect the criminalizers would face a backlash they are not now expecting.

Well, that theory may be about to be put to the test.

The Texas law that went into effect today bans abortions very early in pregnancy, with no exceptions for rape or incest. According to Paul Waldman, the law bans abortions six weeks after the first day of a woman’s last period, which in an average cycle would be only four weeks after conception. Many, possibly most, women don’t know they are pregnant at that point.

Worse, the law “establishes a system of legal vigilantism whose purpose is nothing less than terrorizing and financially ruining not just abortion providers but also anyone who helps any woman get an abortion,” Waldman writes.

It allows anyone to sue not just an abortion provider but someone who “aids or abets” an abortion. So for instance, if you give your friend a ride to the abortion clinic, any random person in America could sue you for a minimum of $10,000. Even if you won the case — say, because your friend managed to get in her abortion five weeks after her last period, or because you never gave anyone a ride anywhere — you’d still have the legal bills to contend with.

What does the midnight reproductive rights ban from Texas look like on the ground? A friend tells me that zealots brought floodlights to be trained on the procedure rooms to let clients and staff know that they’d be watching, waiting to sue

As The Intercept’s Jordan Smith notes, typically in civil litigation, the individual suing must have been harmed in some way.

Not only does the law put abortion providers at risk, but also generally anyone who could be classified as “abetting” the act — such as a rideshare driver who takes someone to an abortion clinic, a counselor, a friend who helped pay for it, etc.

Therefore, the law is designed to evade federal court challenges by allowing private individuals, rather than state authorities, to sue the so-called “abettors.”

Ian Millhiser at Vox also writes that the law was drafted to prevent courts from reviewing it.

The way it’s written, a Texan who objects to SB 8 may have no one they can sue to stop it from taking effect.

For one, abortion rights plaintiffs can’t sue their state directly. The ordinary rule is that when someone sues a state in order to block a state law, they cannot sue the state directly. States benefit from a doctrine known as “sovereign immunity,” which typically prevents lawsuits against the state itself.

But they also can’t really follow the same path that most citizens who want to stop laws do. That path relies on Ex parte Young (1908), a decision in which the Supreme Court established that someone raising a constitutional challenge to a state law may sue the state officer charged with enforcing that law — and obtain a court order preventing that officer from enforcing it. So, for example, if Texas passed a law requiring the state medical board to strip all abortion providers of their medical licenses, a plaintiff could sue the medical board. If a state passed a law requiring state police to blockade abortion clinics, a plaintiff might sue the chief of the state’s police force.

Part of what makes SB 8 such a bizarre law is that it does not permit any state official to enforce it. Rather, the statute provides that it “shall be enforced exclusively through . . . private civil actions.”

Under the law, “any person, other than an officer or employee of a state or local governmental entity in this state,” may bring a private lawsuit against anyone who performs an abortion after the sixth week of pregnancy, or against anyone who “knowingly engages in conduct that aids or abets the performance or inducement of an abortion.” Plaintiffs who prevail in such suits shall receive at least $10,000 from the defendant.

Naturally, Texas Right to Life set up a website for people to report anonymous tips of illegal abortion activity. Naturally, since going online, the site has been robustly trolled.

The U.S. Supreme Court refused to grant a request to block the law, so now it’s a law. Still to be decided is a Mississippi abortion case I wrote about several weeks ago. That case is a direct challenge to Roe also. But knowing wingnuts, I do not doubt a whole lot of chubby white men in state legislatures are looking closely at this Texas law and planning to introduce a similar law in their own states. This could get very messy. 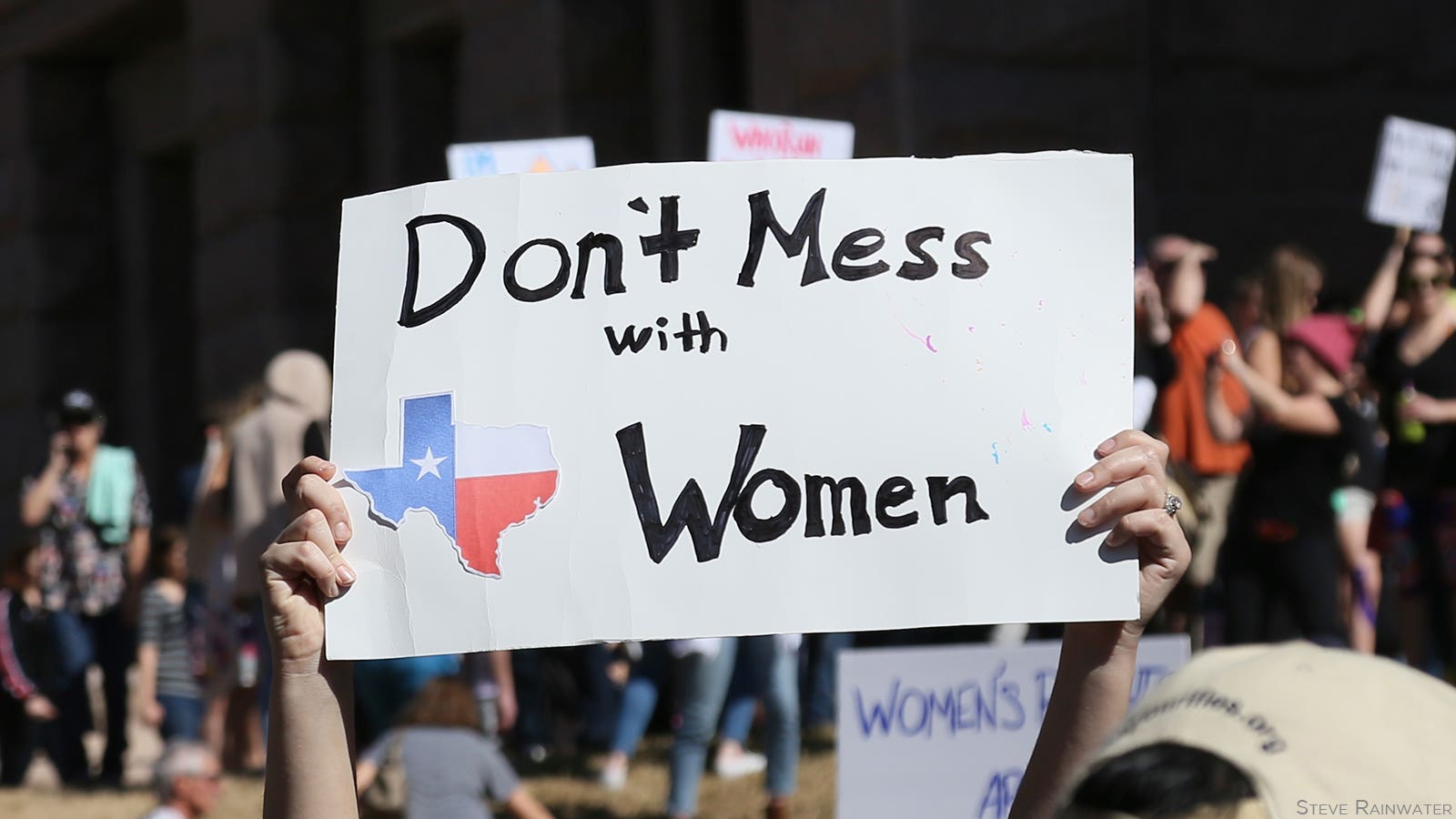 13 thoughts on “Fetus Vigilantes Are Unleashed in Texas”