The SCOTUS is hearing argments on the Texas vigilante abortion ban today. Kate Riga at TPM reports that the Texas law has sent “shockwaves” through neighboring states, as Texas women seek abortions.

Clinics in Texas’ neighboring states, already few in number due to sustained state-level efforts to heap restrictions upon them, are being overrun with patients further along than the six week threshold currently allowed under state law. That’s before many women know they’re pregnant, and precludes 85 to 90 percent of procedures done in Texas, according to lawyers for the clinics in court documents.

“We saw over 300 Texans last month just in our Oklahoma facilities,” Wales said. “We saw just a little more than that throughout all of last year.”

All of the neighboring states have significant abortion restrictions also, including waiting periods and a limited number of clinics.

Women, many of limited means, not only have to travel but have to remain near the clinic for a few days. Expect a robust underground network to develop in response to this. There’s also an ulcer medication that can induce abortions and which can be purchased without a prescription in Mexico. It would be fairly easy to set up a black market of the stuff in Texas. Such a black market could spread throughout the country if Roe v. Wade were reversed. If Roe goes down, legal abortions would be available on the West Coast, the northeast, and Illinois, but possibly no where else.

Whatever happens in the Court, tomorrow Virginia will elect a new governor. The polls are a toss-up. The Republican, Glenn Youngkin, downplays his “pro life” position somewhat, but he does support “fetal pain” laws. Those are laws that ban abortion after the point in gestation at which a fetus might feel pain. Medical science says that a fetus cannot feel pain until the third trimester, which begins at the 27th week of gestation. But abortion criminalizers are certain that threshold is 20 weeks. Or maybe 15. Or 6. Because they just know. They saw it on YouTube.

So one would think that most women in Virginia who haven’t reached menopause would want to be very, very sure Youngkin doesn’t get elected. But somehow complacency may win out. SCOTUS wouldn’t really overturn Roe. Would they?

Oh, hell yes, they would.

Youngkin also seems to be getting traction over the bogus Critical Race Theory issue, in which white bigots demans the right to censor school curriculum so that little white children don’t find out what their ancestors really did. You may have heard about this ad:

And, of course, the “horrible” book was Toni Morrison’s masterpiece, Beloved. Further, the son was a senior in high school who read the book as part of an AP English curriculum. One would think that every voter in Virginia who cares that schools teach the truth about slavery would want to be sure Youngkin is not the next governor. I understand that Terry McAuliffe is not the most inspiring candidate the Dems could have nominated, but there was a primary, and McAuliffe won it. It’s him or Youngkin. Will Black voters save the Democrats’ ass, one more time?

There is no time for complacency. Not tomorrow, not ever. 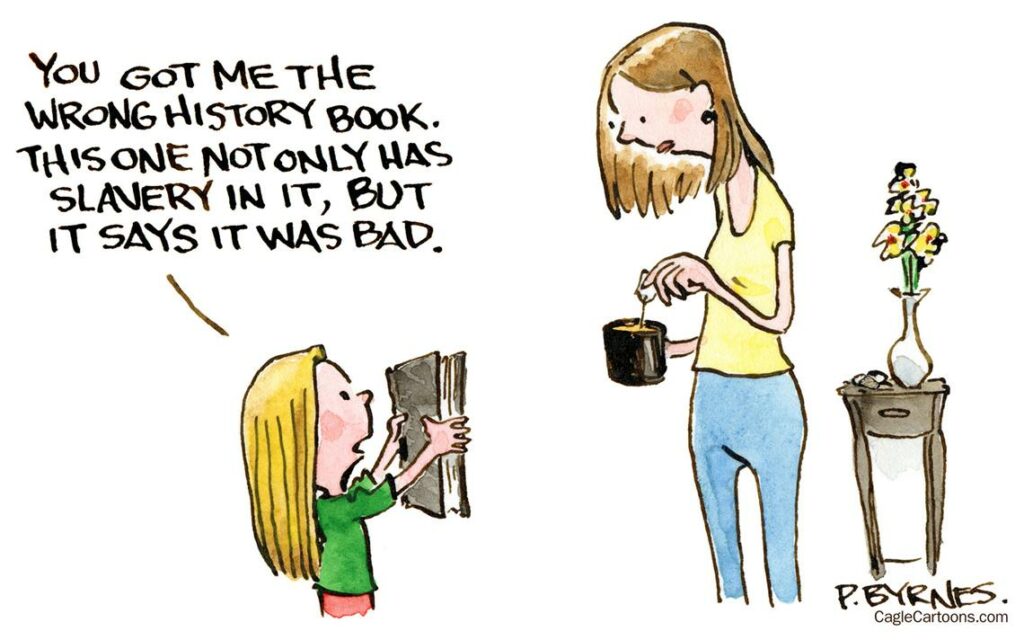 4 thoughts on “The Price of Complacency Is Too High”