Thanks to Missouri Attorney General Eric Schmitt, public schools and county health departments all over the state are now abandoning all covid mitigation efforts. No mask mandates, no testing or tracing programs, no public release of information on infections and deaths. Schmitt has, in effect, declared the pandemic over. It’s just a mirage.

The timing for this couldn’t be better; we’re going into the holiday season, and covid rates are going up all over the country. According to the Mayo Clinic, the positivity rate in Missouri is now 12 percent, up from 6.3 percent in early November.

How did this happen? Late in November a county circuit court judge ruled that county departments of health had absolutely no legal authority to impose covid control measures on schools, businesses, or other entities. The decision called such measures a violation of the state constitution. Only elected representatives can vote to put such measures in place, the judge said. And in most of Missouri, elected representatives are not about to do that, either for fear of retaliation by MAGA-heads or because they are MAGA-heads themselves. I don’t know if anyone is appealing the decision.

The judge, Daniel Ray Green, was elected, not appointed, so I can’t blame a politician for him. His most controversial decision before this was to refuse a new trial for one of Missouri’s many wrongfully convicted inmates, Ryan Ferguson. Ferguson’s conviction eventually was vacated by another court.

Anyway — last week Schmitt issued a letter to all school districts and county health authorities declaring that all covid measures must immediately cease. And since then, one county after another has announced the end of all covid mitigation programs. From today’s Kansas City Star:

A growing number of local health departments across Missouri are ending their COVID-19 response after Attorney General Eric Schmitt demanded the agencies comply with a court ruling that appears to severely limit the authority of local health officials.

Since Thursday, more than half a dozen departments have announced they are suspending coronavirus-related work after Schmitt, a Republican campaigning for U.S. Senate, sent letters earlier in the week.

The announcements come from health departments in mostly rural counties — none have been issued from the Kansas City or St. Louis metropolitan areas. Rural Missouri counties have struggled throughout the pandemic to contain cases amid low vaccination rates, pushback from the public and limited funds.

These counties will no longer investigate COVID cases, contact-trace, direct exposed individuals to quarantine, or make county data public. Rural counties were never able to implement mask mandates, so there weren’t any to cancel in them. (There’s been a big fight over mask mandates in St. Louis County that’s so convoluted I gave up trying to understand it.)

The best part of this, though, is that Schmitt is asking parents to snitch on schools that are still requiring masks. I don’t know what parents are supposed to do if they have an immuno-compromised child.

Related to this, Schmitt is proposing a parent’s “bill of rights” that, among other things, would encourage parents to veto any part of the school curriculum they don’t like. Not long ago he sued the Springfield public school district for not adequately responding to his demand for documentation about how critical race theory is being taught. You get the picture.

Have I mentioned AG Schmitt is running for Roy Blunt’s Senate seat? I believe I have.

Update: This just in — a school bus driver in Arnold, Missouri (just south of St. Louis) said a police officer got on her bus and threatened her because she asked the children to wear masks on the bus. 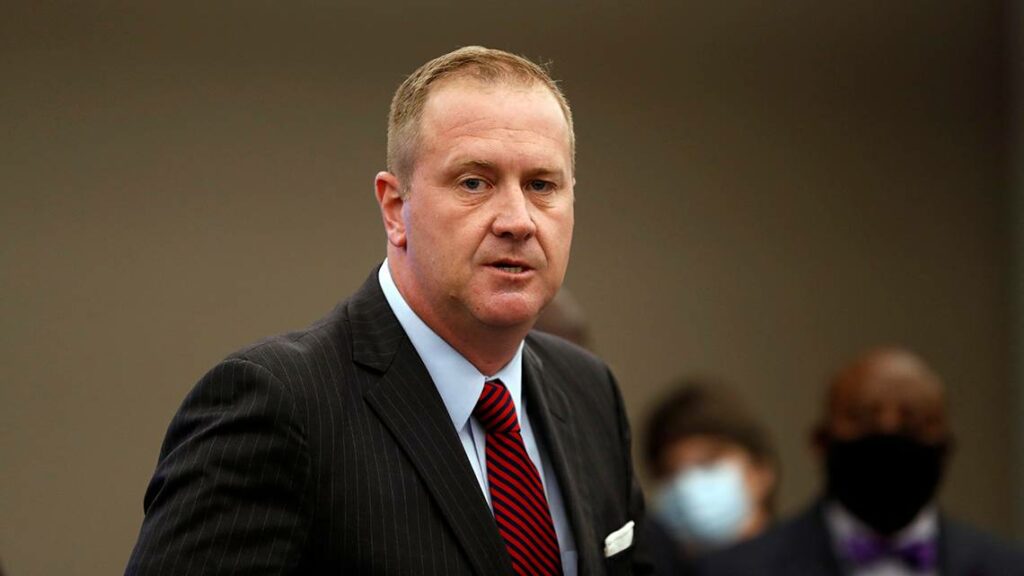