I wrote awhile back about Kevin Strickland, a Black man wrongly convicted of murder 40 years ago who remains in prison in Missouri because the governor won’t act and the local prosecutors, who acknowledge that Strickland was wrongly convicted, have no legal means to release him. In Missouri they can’t just go to a court and ask a judge to void the conviction.

There are two other Black men in prison here whose convictions have been acknowledged to be unjust. Their names are Lamar Johnson and Christopher Dunn. Here is a recent PBS News Hour report on Lamar Johnson. Johnson’s case was investigated by St. Louis circuit attorney Kimberly Gardner . She discovered prosecutorial misconduct up the wazoo. This is from the PBS report:

Gardner’s investigation turned up even more proof of Johnson’s innocence. The prosecution’s eyewitness recanted, admitting he’d only identified Johnson because police told him Johnson was guilty.

And her team found records showing prosecutors paid that witness more than $4,000 for housing and expenses, information that was never disclosed to the defense.

So, you have no evidence that he committed the crime. You have the confession of two other people that they committed the crime and that he did not. You have raised pretty good questions about whether or not the trial was fair. People will ask, then why is he in prison?

And the answer seems to be that Missouri simply never created a process by which wrongly convicted people can be exonerated and released. One must be pardoned by a governor, and Gov. Mike Parson appears not to see why innocent Black men ought to be released from jail. As Parson said of Strickland, he was convicted “by a jury of his peers.” So what if the prosecutors manipulated the photo lineup, bribed another prisoner to snitch, and withheld exculpatory evidence from the defense and jury? So what if other people have confessed to the crimes? What if the prosecutors’ entire case has been found to be lies? Parson doesn’t see the problem.

And it probably doesn’t help Mr. Johnson that the Republicans in Jefferson City hate Kimberly Gardner with a white-hot passion. Among other things, they blame her, and not their stupid NRA-approved gun un-regulations, for rampant gun violence in St. Louis. They also blame her for being a Black woman. She also was instrumental in prying Gov. Eric Greitens out of office, although the Republicans in Jefferson City don’t like Greitens, either, so I don’t know why they care about that.

This March the Missouri Supreme Court denied an appeal from Mr. Johnson, who was convicted of murder in 1995.

The state’s highest court upheld that decision this week on procedural grounds, saying that Gardner lacked the ability under state law to file a motion for a new trial so long after Johnson’s original conviction. All seven of the court’s justices agreed with the conclusion, which did not address any of Johnson’s innocence claims.

There’s a statute of limitations on innocence? It gets dumber. I have learned that according to current Missouri case law, “actual innocence” is not a sufficient reason to release a prisoner found to have been wrongly convicted unless the prisoner is on death row.

I’ll repeat that. “Actual innocence” is not a sufficient reason to release a prisoner found to be innocent unless the prisoner is on death row.

Not being a lawyer I may be misinterpreting things, but here is the relevant case cited in the Post-Dispatch. Missouri Court of Appeals, Western District. IN RE: Rodney L. Lincoln, Petitioner, v. Jay Cassady, Superintendent, Jefferson City Correctional Center, Respondent. WD 79854 Decided: October 11, 2016

In this case, Rodney Lincoln had filed a petition for writ of habeas corpus requesting the vacation of his 1983 convictions of two counts of first-degree assault and of manslaughter. Lincoln spent 36 years in prison. You can read the background of his case here.  By six years or so after his conviction the evidence had fallen apart, but the Midwest Innocence Project kept taking cases to court to get his conviction voided. And in 2016, the Missouri Court of Appeals, Western District, declared —

Because the Missouri Supreme Court has not recognized a freestanding claim of actual innocence in cases where the death penalty has not been imposed, we are not at liberty to expand Missouri habeas jurisprudence to permit consideration of the claim in this case. Accordingly, Relator’s habeas petition is denied.

So, if you’re not on death row, you can’t get your wrongful conviction overturned? In 2018 Lincoln, who is White, was set free by Gov. Eric Greitens. One wonders if he’d still be in jail if he were Black. But Lincoln received no compensation whatsoever from the state for the 36 years he was kept imprisoned.

This state makes me crazy. 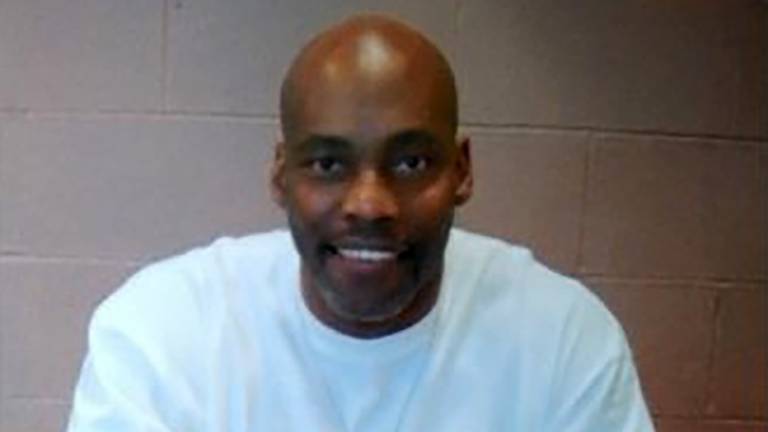