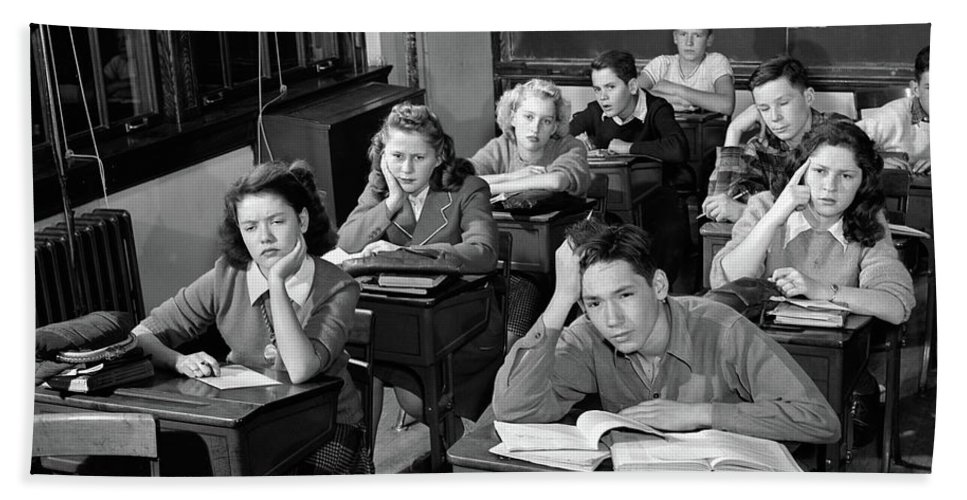 However, Trump really wants schools to reopen in the fall. He seems nearly frantic about it.

In Germany, Denmark, Norway, Sweden and many other countries, SCHOOLS ARE OPEN WITH NO PROBLEMS. The Dems think it would be bad for them politically if U.S. schools open before the November Election, but is important for the children & families. May cut off funding if not open! 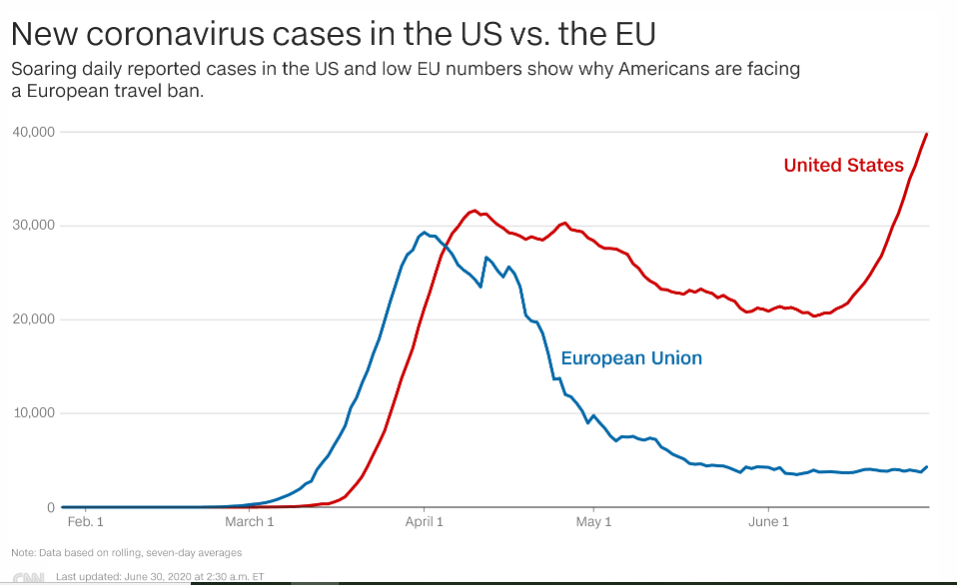 So, we can say the U.S. and Europe are not exactly in the same place wth this pandemic thing. But maybe we could reopen schools if we took proper precautions …

I disagree with @CDCgov on their very tough & expensive guidelines for opening schools. While they want them open, they are asking schools to do very impractical things. I will be meeting with them!!!

Existing CDC guidance includes temporary school dismissals if there is a substantial spread of COVID-19 within the community and, in cases of mild to moderate community transmission, modifying classes where students are in close contact, staggering arrival/dismissal times and enforcing social distancing.

The CDC continues to update its website with best practices, including this checklist for schools. It’s unclear which specific guidance the president was rebuking.

So no precautions. Trump just wants the doors to open and the students to get their butts back in classrooms. There’s been some vague talk about providing targeted help for schools in hot zones, but nothing specific.

Trump’s talk of cutting off funding for schools rings a bit hollow when you understand that federal money is, on average, less than 10 percent of revenue, the NPR article says. Also, school funding is appropriated by Congress; Trump has no authority to cut it off.

It’s also the case that public schools in the U.S. are administered by locally elected school boards, and so ultimately the go or no-go decisions will be up to them. Trump says he will lean on governors to force schools open, but I’m not sure how much even governors can do if a particular school district decides to postpone opening because of the pandemic.

The reason Trump is frantic to open schools is, obviously, that having kids at home makes it harder for a lot of workers to get back to their jobs. His whole Grand Plan for re-election hinges on Making America January 2020 Again, but without having to actually do anything about the, you know, pandemic. He’s not a detail guy.

So he’s going to tweet and harangue and bitch that the evil Democrats want to keep schools closed because of “politics,” and he will send all of his remaining minions out to talk to the media about how much they value education and want to get kids back to school. The one thing I doubt he will do is provide useful guidance and sufficient funds for whatever adjustments (such as number of students in a classroom) schools might have to make.

And if the pandemic is really slamming us in September, as I suspect it might, will America’s parents be all that keen about sending the kids back to the same overstuffed classrooms with no thought given to what germs the kids might pick up and bring back home? And has Trump even considered that such parents might be angry with him for putting their families at risk? Probably not; he’s not exactly the responsible parent type.

It appears that after all this time and all the suffering, Trump still doesn’t get that the pandemic is a really bad thing that he can’t intimidate or wish away. But Greg Sargent argues that the problem isn’t that Trump is in denial about what could happen. He knows; he just doesn’t give a bleep. “Malevolent” is the operative word here.

Once we dispense with the idea that Trump remains “in denial,” we’re left with a few interpretations. The most charitable is that Trump continues to have principled disagreements with experts over these matters, but there are zero indications he has any substantively grounded views on them of any kind.

A far less charitable interpretation is that he’s merely indifferent to the catastrophic consequences that are resulting from these failures — and will continue to do so — and that he’s prioritizing nakedly self-interested political calculations over any such concerns.

I’m leaning toward the latter, because that has been Trump’s pattern all along. Time and time again he’ll launch some scheme to do this or that — separate families at the border, ban travelers from Muslim countries, etc. — with no planning, no consulting with people tasked with carrying out the scheme, no forethought to consequences — and at some point you just have to admit, this is who he is. Trump doesn’t do plans. He doesn’t give a shit about anyone but himself. He just wants what he wants, now.

That’s why I’m saying this school reopening thing — issue? controversy? — is the Trump administration in a microcosm. Trump makes up his mind that something will be to his advantage, and he throws endless tantrums until he gets what he wants. But he can’t be bothered to do the thing in incremental steps or make accommodations to people for whom doing the thing would be a problem. And he doesn’t consider consequences, even if they are explained to him.

This doesn’t necessarily rule out denial, though. The man has some serious short-circuiting in his brain. Previews of the upcoming tell-all book by his neice Mary Trump point to this. “… Donald’s pathologies are so complex and his behaviors so often inexplicable that coming up with an accurate and comprehensive diagnosis would require a full battery of psychological and neuropsychological tests that he’ll never sit for,” she writes.

Mary takes the media to task for searching for a “strategy” in anything Donald does and for soft-pedaling what she describes as multiple psychological disorders, which, by her account, check a variety of boxes in diagnostic manuals. She thinks that Donald, at a minimum, suffers from an “antisocial personality disorder” and a longstanding but undiagnosed learning disability.

Mary Trump is a trained clinical psychologist, so I am inclined to take her word for this. We do not need to spin our wheels over the why; we just need to understand this is what Trump does, and he doesn’t have it in him to do anything else.

That said, could schools be reopened in the fall? Matt Yglesias has an article up at Vox that looks at this question from several angles. The short answer is yes, but not without a whole lot of money and planning, little to none of which schools are going to get from the federal government or most of the state governments. So, once again, we’re heading toward a disaster we can see coming, but because of Trump there’s little that will be done about it.

5 thoughts on “The Push to Reopen Schools: Trump in a Microcosm”