Last night I got a bit tired of hearing all the gee-whiz announcements that Trump used the N word. His niece Mary told that to Rachel Maddow, which was to me the least interesting part of the interview on Maddow’s show last night. Of course he did. The man’s a stone cold racist. Tell us something we don’t know already.

In fact, I don’t recall that Mary T. said anything I didn’t at least suspect, but here is what I found most critical for our understanding of the present moment —

One, according to his neice, back in the day when Trump was allegedly flying high as a big-deal real estate tycoon and casino executive, he didn’t appear to do any actual work. Trump had asked Mary to ghost write a book for him, and she spent several weeks at his office and traveled with him a bit, during which time he told her absolutely nothing useful for his book. He spent his days gossiping on the phone, giving interviews about his social life, and reading newspaper clippings about himself. The people around him were working to keep his businesses going, but Trump appeared to just spend time doing whatever he felt like doing in the moment. In the book, she wrote, “after all of the time I had spent in his office, I still had no idea what he actually did.”

This corroborates my suspicion that one reason Trump hasn’t done, and still isn’t doing, anything to address the pandemic in the U.S. is that he is incapable of disciplining and organizing himself to do anything. He doesn’t know how to do anything. He decides what he wants to happen, and he orders that it be done, but if he had to do anything himself he’d be lost. He’s never actually held a job, remember.

See also “Trump Doesn’t Do Plans” and “The Push to Reopen Schools: Trump in a Microcosm.”

We all know Trump is a liar. But if anything was a revelation, it’s Mary’s description of Trump’s lying as a source of pleasure and as a way to gain power over people. He lies incessantly because he enjoys it and because few people have ever corrected him.

Mary T writes in her book that in the Trump family, lying is a standard coping mechanism. Lying was how they related to each other as children, especially to the sociopathic paterfamilias, Fred Trump Sr. Lying was how they dealt with stressful situations, especially Fred Trump’s wrath. Lying was how they defined themselves. From the book: “For some of the Trump kids, lying was a way of life. … For Donald, lying was primarily a mode of self-aggrandizement meant to convince other people he was better than he actually was.” From an early age, lying was Donald Trump’s primary mode of relating to the world. At this point he’s probably beyond comprehending the difference between lies and the truth. Wrapping himself in lies may be a weird way of protecting, re-affirming, and comforting himself.

Another significant moment in the interview was this:

“I want people to understand what a failure of leadership this is, and the reason he’s failing at it is because he’s incapable of succeeding at it,” Mary Trump said. “It would have required taking responsibility – which would, in his mind, have meant admitting a mistake, which, in his mind, would be admitting weakness, which in my family was essentially punished with the death penalty, symbolic or otherwise. What I think we need to grapple with now is why so many people are continuing to allow this.”

Mary Trump helps us understand why: Faith in these powers of deception were built up over years of wielding them with little consequence, and this became an exercise of power in and of itself, a kind of default setting he can always fall back upon.

It’s also clear in retrospect that when Trump declared in March that “I don’t take responsibility at all” for the epic failure to mobilize testing, it was a seminal moment, a declaration that he would not do this at any point henceforth, no matter what.

Mary Trump helps us understand why: Taking responsibility — undergoing a major course correction — would have constituted an unthinkable admission of failure.

In short, Trump is a walking collection of character and personality flaws, or whatever you want to call ’em — maladjustments, disorders, pathologies. He is incapable of doing anything normal, including normal human relationships. He can’t organize and discipline himself to carry out complex tasks. He doesn’t process information in a normal manner. He is pathologically dishonest. He is incapable of responding normally to basic life challenges, never mind the job he’s got now. And he’s not going to change. If it weren’t for the fact that he was protected by his father and boatloads of money, he wouldn’t have been able to manage an ordinary life or hold any sort of job for very long.

What should alarm us is not so much that Trump is utterly screwed up. It’s that our political system is utterly screwed up. He should never have gotten near a presidential nomination. I believe that in earlier times party leaders would have recognized how unsuitable he was and made sure he was eliminated from the competition, somehow. But that didn’t happen. Once nominated, he shouldn’t have been elected. I blame news media for a lot of that, and the Democratic party also. And once elected, and once it was obvious Trump is incapable of doing the job, he should have been removed from office via a 25th Amendment process. The fact that the system is so broken that we are still stuck with Trump is the real issue here. 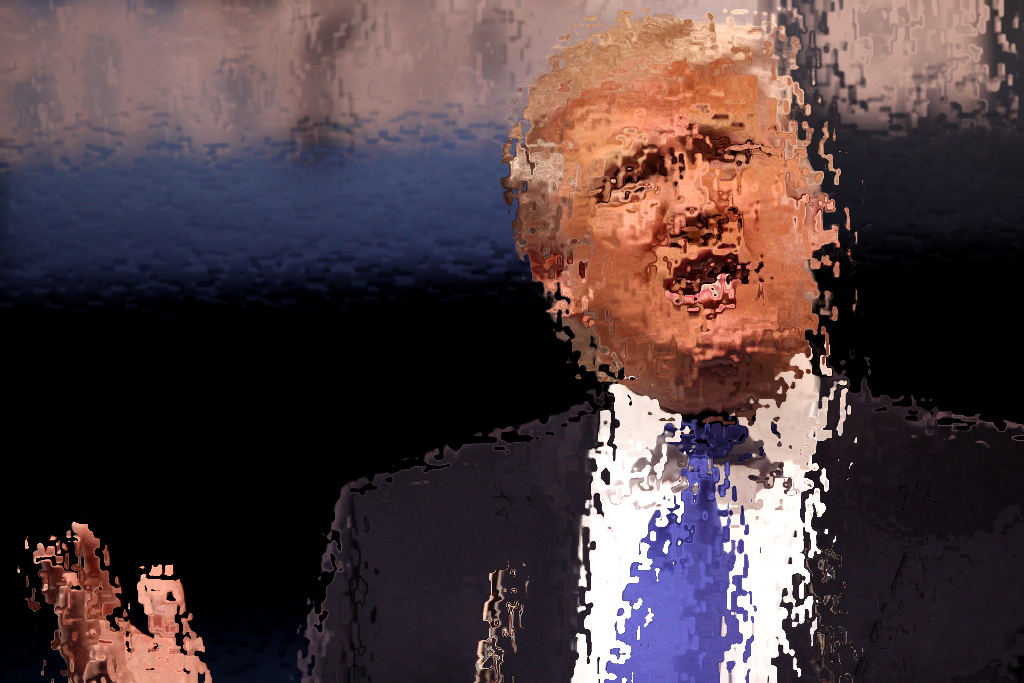