A few days ago I proposed that the insider Republican establishment, led by Mitch McConnell, would cut Trump loose from the party. Others disagreed. Now it appears they were right and I was wrong, although Mitch isn’t necessarily happy about it.

Three times in recent weeks, as Republicans grappled with a deadly attack on the Capitol and their new minority status in Washington, Senator Mitch McConnell of Kentucky carefully nudged open the door for his party to kick Donald J. Trump to the curb, only to find it slammed shut.

So his decision on Tuesday to join all but five Republican senators in voting to toss out the House’s impeachment case against Mr. Trump as unconstitutional seemed to be less a reversal than a recognition that the critical mass of his party was not ready to join him in cutting loose the former president. Far from repudiating Mr. Trump, as it appeared they might in the days after the Jan. 6 rampage at the Capitol, Republicans have reverted to the posture they adopted when he was in office — unwilling to cross a figure who continues to hold outsize sway in their party.

One thing I want to say about the vote on Tuesday — it’s my understanding that the motion voted on this past Tuesday was not whether Trump could be impeached after he had left office, but whether the Senate could vote on whether Trump could be impeached after he left office. Rand Paul made a motion to hold a vote on the constitutionality of the impeachment trial. Then Chuck Schumer asked for a vote to table the motion, and that’s what was voted on Tuesday. That may or may not matter going forward, but I do try to be accurate.

Michael Scherer and Josh Dawsey, WaPo, Republicans back away from confronting Trump and his loyalists after the Capitol insurrection, embracing them instead:

Senate Minority Leader Mitch McConnell announced little more than a week ago that the mob that attacked the U.S. Capitol had been “provoked” by Donald Trump. House Minority Leader Kevin McCarthy said Trump “bears responsibility” for failing to respond more quickly to the bloody incursion.

But that was then.

The nation’s two most powerful elected Republicans have signaled that they are ready to look past questions of responsibility for the violent effort to overturn the result of the presidential election, an attempt that left a Capitol Police officer and four rioters dead, as they maneuver to avoid a divisive battle within the Republican Party and try to position it to reclaim power in 2022.

The article goes on to say that McCarthy is meeting with Trump in Florida today to “mend relations that were frayed by the Jan. 6 attack.”

As I’ve said already, IMO the Republican Party would be far better off in the long run if they moved away from Trumpism, even though that would put them at a disadvantage in 2022. It hasn’t been that long — four years, I believe — since Republicans were still claiming to be the “party of ideas” and making a show, however fictional, of having policy ideas to address the nation’s problems. In 2020 they didn’t even bother to write a platform, and nobody seemed to care.

If the GOP continues to align itself with nutjobs, terrorists, and Trumpers, IMO the primary effect will be to drive people to the polls to vote for Democrats. But until enough of them get the memo that this ain’t workin’, Republican office holders will continue to do a lot of damage.

Take Marjorie Taylor Greene, who seems to be trying to get herself expelled from the House. Over just the past few hours videos and tweets have surfaced that show Greene calling for the execution of Democrats, including Nancy Pelosi; confronting a survivor of the Parkland high school schooting —

— and she is still pushing the lie that the election was stolen from Trump. And for sheer pig-ugly stupid, you can’t do better than the ravings of Ms. Greene, prior to her election, demanding that representatives Ilhan Omar and Rashida Tlaib re-take their oaths of office on the Bible rather than the Q’ran, because “that’s the law.” Um, no, it isn’t.

“It is absolutely appalling, and I think that the focus has to be on the Republican leadership of this House of Representatives for the disregard that they have for the death of those children,” Pelosi told reporters in the Capitol.

Pelosi said it’s “beyond the pale” that GOP leaders would place Greene on the Education panel.

“What could they be thinking? Or is thinking too generous a word for what they might be doing?” she asked.

And this takes us to Why Republicans Can’t Win on QAnon-Supporting Marjorie Taylor Greene by Philip Elliott in Time:

To say Marjorie Taylor Greene is a challenge to the Republican brand is a massive understatement. Her colleagues know it, too. …

… It’s clear that every moment spent on this is one not making the case to Americans why a conservative counter to the Democrats’ control of the House, the Senate and the White House matters. Greene is not only wasting GOP leaders’ time, she’s creating a rallying cry for the opposition. For years, Republicans have linked all Democrats to boogeymen like Nancy Pelosi, AOC and Hillary Clinton. And it goes both ways. George W. Bush by the end of his term was toxic. Greene may prove lethal.

But does the leadership marginalize her? No, they put her on the education committee. This is going to be the next two years, folks: One party will be trying to govern and the other will be running the Circus of Deranged Clowns.

Jennifer Rubin notes today that the Biden Administration is moving swiftly ahead with policy plans to address the nation’s problems. But Republicans?

Well, over in the Senate, Minority Leader Mitch McConnell (R-Ky.) took days to agree on an organizing resolution to get the new session underway. The vast majority of Senate Republicans said they do not want to have a trial to hold the instigator of a violent insurrection accountable. (How typical it is for them to stage a vote to tell us what they do not want to do.) They are stalling on the confirmation of a new homeland security secretary. They have no alternative relief package for covid-19. Most of their time seems to be absorbed whining about “censorship” or claiming Democrats are being “divisive.” They are offering no response to any of the multiple crises we face (e.g., climate change, the economy, health care, racial justice, domestic terrorism). Their “big idea” is to wait and see if the pandemic and economy get worse.

But what could they do? What could they possibly do, without betraying the “principles” (e.g., kneecapping government; exploiting working people; protecting the wealth of the wealthy) that guide them? All they’ve got left is stopping the Democrats from getting anything done. 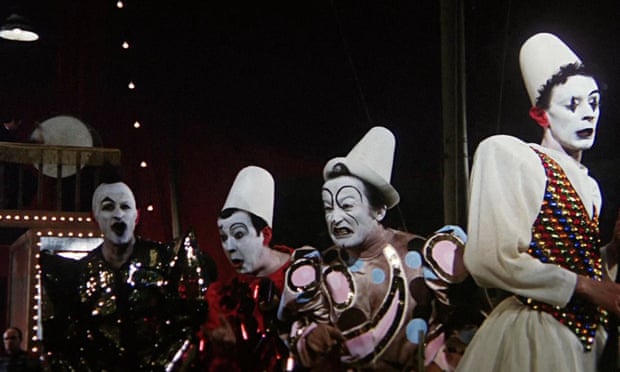