Back in August 2020, which seems like eons ago, the people of Missouri passed a referendum to expand Medicaid, 53.25% to 46.75%. The referendum wrote Medicaid expansion into the state constitution so that the legislature couldn’t pass a bill to nullify it. This means that 275,000 uninsured Missourians would have become eligible for Medicaid on July 1, except that yesterday the Republican-dominated Missouri Senate refused to appropriate money to fund it. Too expensive, they said.

Note that the federal government covers 90 percent of the cost of people covered under the expansion. Note also that the state is in decent financial shape, mostly because it doesn’t spend money on anything that I know of and has received billions in federal aid from the federal government in the past year. Indeed, as I wrote earlier this month, the state is sitting on more than $1 billion in covid aid, going unused. The notion of spending the money to do somethng for citizens is just too radical for Republicans to process, so they haven’t figured out what to do with it..

And Missouri really needs Medicaid expansion. Many of the rural areas of this state are desperately poor. Rural hospitals are closing because people who use them are uninsured and can’t pay their bills. Ten hospitals have closed in Missouri since 2016, half in southeast Missouri, the poorest part of the state. The Republican who represents most of this area in the U.S. House, Jason Smith, has complained that people living in rural areas deserve health care, too. But I don’t see him proposing to do anything specific and tangible about the problem. The free market ain’t gonna do it alone. If the state would expand Medicaid it would at least slow the death spiral of rural hospitals and save some of the ones remaining.

However, as I wrote last year, these same poor rural counties (big time Trump Country!) voted against the expansion. Someone spent a lot of money sending big, glossy postcards to everyone in the state urging them to vote down the referendum. Taxes will go up! Illegal immigrants will get the benefits! Government-run health care! blah blah blah. Fortunately, turnout in urban areas was strong enough to override the rural vote. But that also means the state legislators who are denying Medicaid benefits to poor rural folk probably won’t be punished for it by their voters.

I expect there will be court challenges to the legislature’s decision, but I doubt anything will be resolved before July 1.

So what I want these Republicans to explain is, what do you think government is for?

If it isn’t, for example, to use tax money to provide things people really need that they can’t get for themselves and which will not be provided by private business, then what is it for? Yes, the Preamble calls for government to provide for the common defense. But it also says something about promoting the general welfare, as I recall.

Paul Krugman writes about Joe Biden’s American Families Plan. The main elements of the plan would provide transformational benefits to millions of Americans, he says, and Republicans will never be able to reverse those benefits. “I mean, just imagine trying to take away affordable child care, universal pre-K and paid leave for new parents once they’ve become part of the fabric of our society,” Krugman writes.

The primary arguments coming from Republicans against these benefits are that raising taxes on the wealthy and on corporations will kill jobs, and that the benefits themselves are a huge intrusion into private life. But Krugman painstakingly points out that raising taxes on corporations and the wealthy has never destroyed jobs in the real world, any more than cutting taxes on those same privileged entities has created jobs. And when you compare the tax rates and job availability in other countries, you see the same thing.

However, the Republican obsession with austerity, by which they mean cutting government costs on the backs of the poor, really does hurt the economy.

How can employment be so high in countries with lots of “job-killing” taxes? The answer is that taxes don’t visibly kill jobs — but lack of child care does. Parents in many rich countries are able to take paid work because they have access to safe, affordable child care; in the United States such care is prohibitively expensive for many, if they can get it at all. And the reason is that our government spends almost nothing on child care and pre-K; our outlays as a percentage of G.D.P. put us somewhat below Cyprus and Romania.

Conservatives from Miz Lindsey to columnist Henry Olson have complained recently that the increased unemployment benefits people have been receiving have kept them from going back to work, which is hitting restaurants hard. So we’ve got to squeeze the peasants enough to get them back into the kitchen. This is how conservatives think.

See also Michelle Goldberg’s America Is Brutal to Parents. Biden Is Trying to Change That. In the U.S., trying to balance a job and family responsibilities can be genuinely brutal, and how much it holds back women with children is incalculable. Among other things, Goldberg writes,

There are several reasons our domestic policy has long been uniquely hostile to parents, but two big ones are racism and religious fundamentalism. Essentially, it’s been politically radioactive for the federal government to support Black women who want to stay home with their kids, and white women who want to work.

Without reliable and very inexpensive day care, low-income mothers are pretty much screwed. If they have to pay for day care, taking a minimum-wage job may make them worse off, financially and any other way, than staying home. And if taking a job with no health benefits gets them dropped from Medicaid, they are doubly screwed. I’ve tried for years to explain that to Republicans, and it’s like talking to a lamp post.

So, what is government for? In Missouri, the people decided that they wanted government to expand Medicaid, and government is refusing to do it. Just because. The Republican chair of the state House Budget Committee has been screaming that Medicaid expansion is a “lie” (?) and it’s his job to save the people of the state from the lie, so he worked hard to block it. (I spent some time googling to find out what this meatball is for. I still don’t know.)

And for that matter, I have not heard that Republicans in the Missouri legislature have given any thought whatsoever to the problem of vanishing rural hospitals. They don’t seem to think that’s their problem. 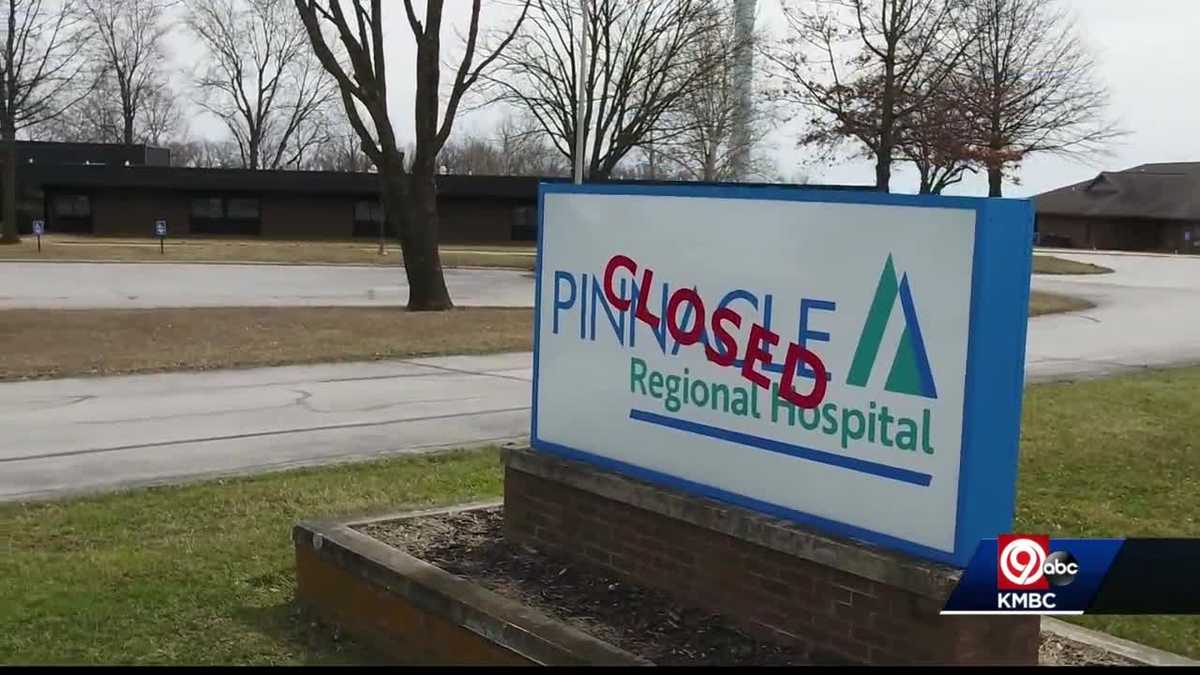